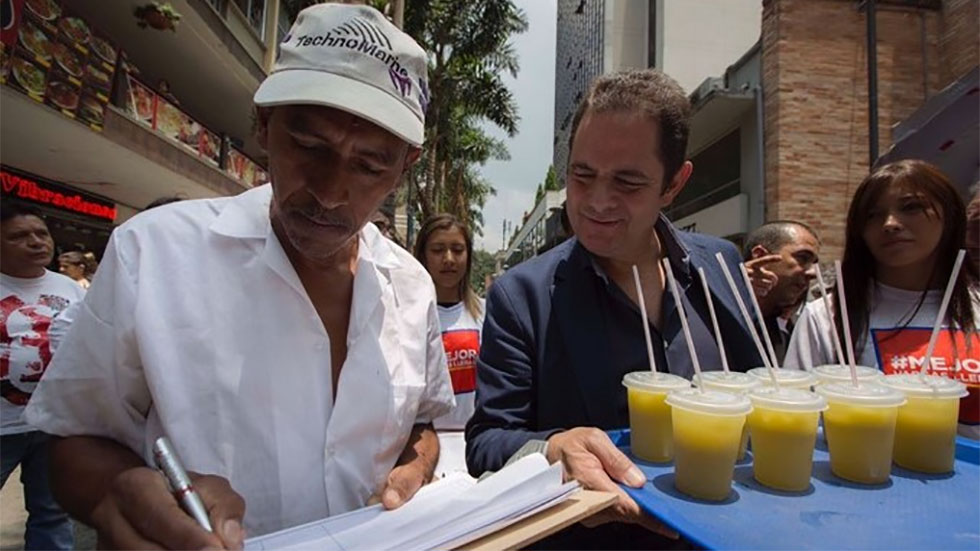 Presidential candidates surrendered 17 million signatures to be allowed to take part in Colombia’s elections in May. This number is 3.8 million higher than the voter turnout in 2014.

Registrar Juan Carlos Galindo said that on average half of the signatures were rejected in the verification process. All election campaigns saw at least 34% of their signatures rejected.

Never before had so many independent candidates taken part in elections, a novelty that put unprecedented pressure on electoral authorities.

This is the first time that the National Registrar must verify more than 17 million signatures.

According to Galindo, more than 700 people worked overtime to adequately verify all votes on time.

None of the candidate formally appealed the registrar’s decision, he said.

Independent candidates needed at least 386,000 signatures validated to be allowed to take part in the elections’ first round.

None of the three leading candidates in the polls is formally supported by a registered political party.

Allegations of corruption in the campaigns for signatures came from multiple provinces.

Colombia will take to the polls twice this year; in March the country will elect a new Congress and in May voters will take part in the first round of presidential elections.

Corruption in elections is common in the South American country.

More than 60 congressmen were sentenced to prison after the court found that they had used illegal armed groups to coerce voters in the 2002 and 2006 elections alone.