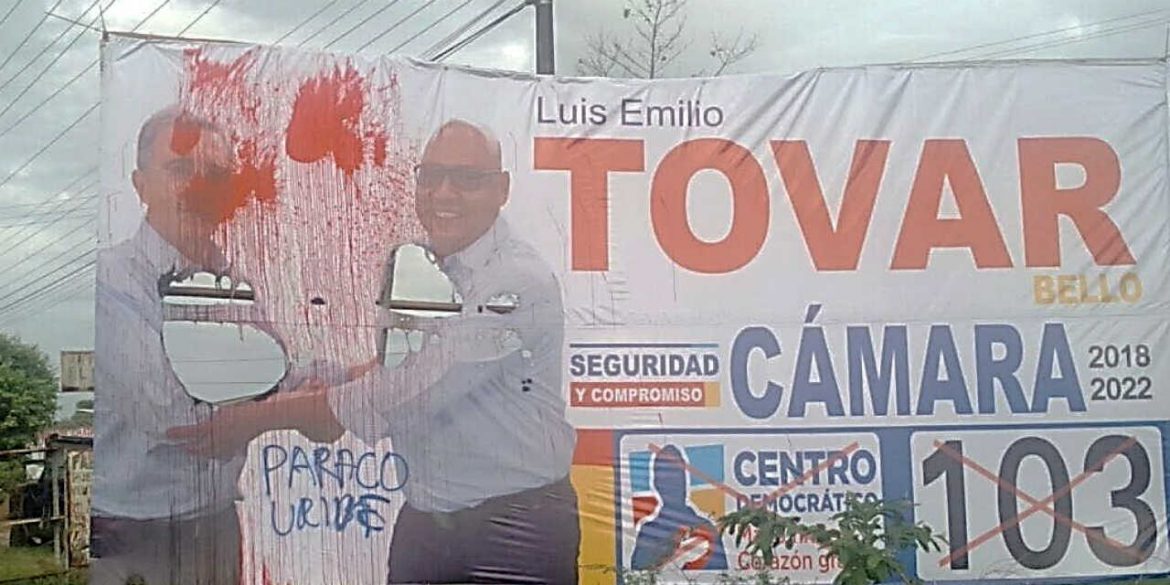 Colombia’s elections: How low will they go?

You haven’t seen dirty political campaigning unless you’ve been to Colombia where rape and humanitarian crises are gladly exploited for electoral benefit.

The mud has been slinging from left to right and back, and has come to dominate the public discourse weeks before Congress is elected and months before the country votes for a new president.

According to conservative candidates, Petro is a communist and a secret admirer of the late Cuban dictator Fidel Castro and late Venezuelan leader Hugo Chavez.

Colombia’s electorate has been traumatized by five decades of violence by Marxist groups like the FARC and the ELN, and has been horrified by the humanitarian crisis in Venezuela.

Politicians and political commentators from the right to the far right have gladly fueled these sentiments for electoral gain.

The fear is real and justified as what we see coming is much more serious than what we are experiencing. A well-known friend and admirer of [Venezuelan president Nicolas] Maduro leading the polls.

Uribe (Democratic Center) and former vice-president German Vargas (Radical Change) have been leading the charges against the left’s candidate.

When he was a senator, Petro exposed extensive ties between establishment politicians and death squads. More than 60 congressmen have since been imprisoned.

The country’s spy agency DAS was dismantled after Petro demonstrated that the Uribe administration had been spying on political opponents, human rights activists and even the Supreme Court.

Gustavo Petro cannot deny the country his long friendship with Chavez. There is enough evidence of his sympathy and ideological affinity for him to now act as Judas denying his mentor.

Petro hasn’t been the only one suffering slanderous attacks. Anyone in favor of an ongoing peace process has become a target.

Liberal candidate Sergio Fajardo, another top contender, has been accused of being “on the side of the FARC and communism” by a far right house representative of Uribe’s party.

The former president has not just been slinging dirt. He received a fair portion himself.

After his former spokesperson Claudia Morales said one of her former employers raped her, it took only days for the internet and political commentators to conclude Uribe was the rapist.

Morales refused to name her alleged rapist citing fears for her life and that of her family. The journalist explicitly rejected the accusations against Uribe as being “politically motivated,” but it was too late.

Political detractors of Uribe on Facebook and Twitter massively took to calling the former president a rapist without a shred of evidence.

Opinion polls held before the elections indicated that Colombians were mainly concerned about corruption, health care and jobs. The elections, however, have been about entirely different issues.