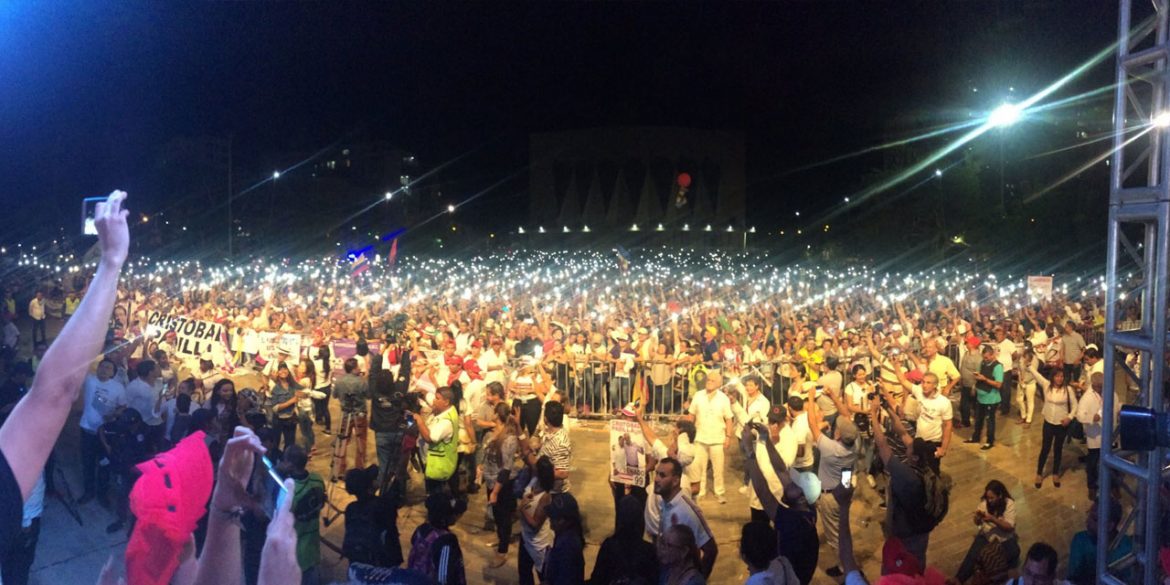 Colombia’s presidential candidates held their last rallies before Sunday’s legislative elections. Tensions are high after multiple violent incidents and the possible assassination attempt on a candidate.

The week-long ban on campaigning in public spaces is standard procedure ahead of each election.

All candidates returned to the country’s main cities and rallied thousands in their final attempt to sway voters before a new Senate and a new House of Representatives are elected.

The situation was particularly tense in the northern city of Barranquilla where both leftist candidate Gustavo Petro and center-right politician German Vargas were organizing rallies.

Tensions close to a boiling point

The alleged assassination attempt of Petro and protests at a rally of Uribe have brought Colombia’s election race close to a boil.

On Friday, the anti-corruption candidate’s car was attacked by a mob and allegedly taken under fire.

President Juan Manuel Santos and moderate candidates have urged to refrain from violence.

Campaigns as fierce as ever

Fierce campaigning continued online, particularly between Petro and Vargas, a political ally of the mayor of Cucuta where the reformist candidate was attacked.

“I hope he … doesn’t try to disrupt law and order in the city. His hatred causes great damage to the country and Colombians,” the conservative dynasty politician said on Twitter in reference to the social democrat.

“Those who have disturbed order until now have been your mayors and imprisoned political allies,” Petro responded.

According to multiple of Colombia’s notoriously unreliable polls, the reformist candidate is head to head with Duque, who’s political patron is investigated by the Supreme Court over his alleged support for far-right death squads.

The elections fall in the middle of a peace process with the FARC, until last year the country’s largest guerrilla group.

Several armed groups has taken control of territory that was abandoned by FARC. These groups are openly defying state authority and have imposed either guerrilla or paramilitary rule.

The last time Colombia nearly failed as a state followed the killing of the reformist candidates. Electoral observers have urged to “put an end” to the electoral violence “before we have something worse to regret.”