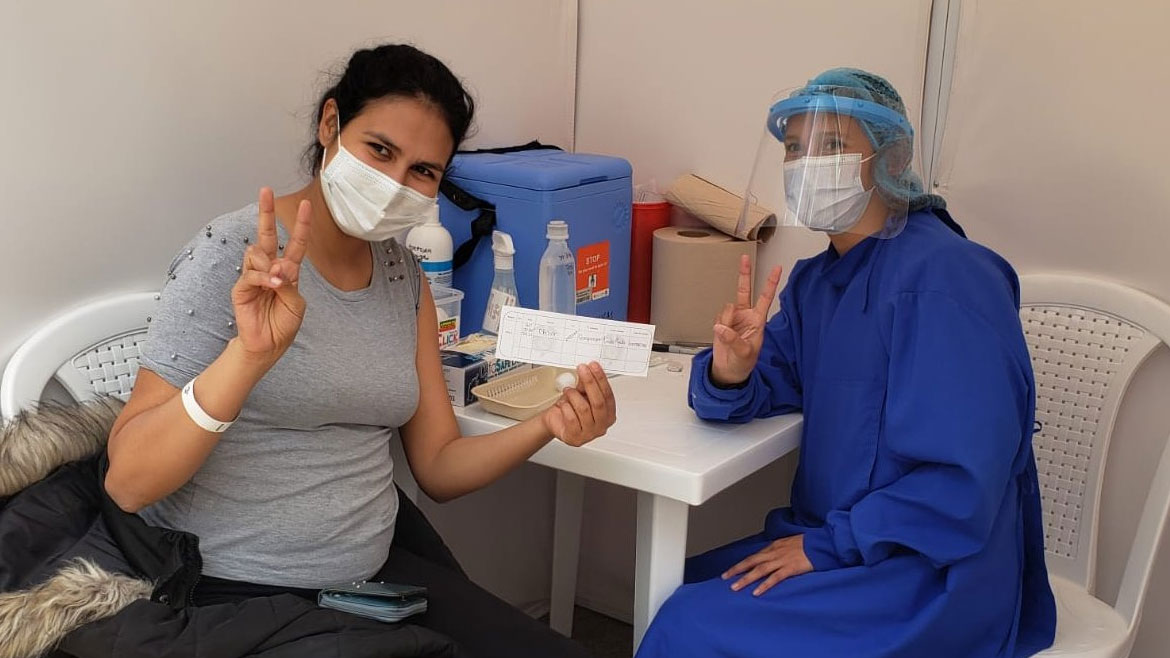 Colombia’s Comptroller General’s Office warned that the failure to pay hospitals for the application of vaccines against COVID-19 is threatening the government’s National Vaccination Plan.

According to comptroller for the health sector, Lina Maria Aldana, private health intermediaries (EPS’s) have effectively paid hospitals for the application of 2.6 million vaccine shots.

Hospitals have applied 32 million jabs since the beginning of the government’s National Vaccination Plan in February, according to Aldana.

It has become evident that only about 16 billion pesos ($4.2 million) of the 668 billion pesos ($173.5 million) that the Health Ministry allocated for the payment of the vaccine application have been paid.

According to the Health Ministry, almost 13.9 million have been fully vaccinated as part of the National Vaccination Plan that sought the vaccination of 70% of Colombia’s 51 million inhabitants before the end of the year.

According to Caracol Radio, financial problems caused by the payment delays forced hospitals in the capital Bogota and the southwestern city of Pasto to close vaccination points.

Social Protection Minister Maria Andrea Godoy told the radio station on Wednesday that the government is “working with the hospitals, EPS’s and regional authorities to accelerate the flow of payments.”

The minister failed to enter into specifics about how the government would be doing this, however.

Healthcare organizations have urged to remove the notoriously ineffective and corrupt healthcare intermediaries from the government’s strategy to combat COVID-19 since the beginning of the pandemic.

The Superintendence for Healthcare shut down five of the approximately 45 EPS’s that operate in Colombia for failing to provide healthcare for their clients in 2019.

At the time, more than half of these healthcare intermediaries had received some kind of sanction because of their substandard service or corruption.

EPS’s receive Colombians’ compulsory health payments and are supposed to coordinate and pay for their clients’ care.

This has been causing problems since the beginning of the introduction of the private intermediaries as part of efforts to partially privatize the country’s universal healthcare system in the late 1990’s.