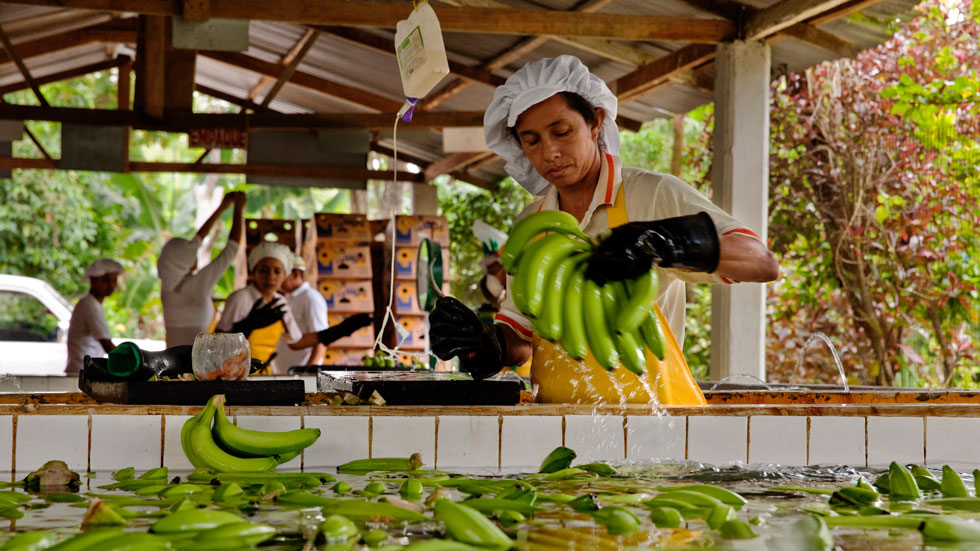 According to Juan Camilo Restrepo, Colombia’s former agriculture minister and the current chairman of banana association Augura, the banana sector is stigmatized over its financial support to paramilitary groups in the 1990s.

Restrepo did not deny sentences like that of US multinational Chiquita Brands for paying paramilitaries who subsequently assassinated union workers, according to newspaper El Espectador.

The US banana giant is one of at least 10 banana companies accused by commanders of former paramilitary organization AUC of financing the group that was declared a terrorist organization by the United States in 2002.

Nevertheless, the banana czar insisted that Colombian companies made payments to legal security companies and that the series of declarations by former paramilitary commanders are unjustly stigmatizing the sector.

For this reason, the sector that is mainly active in the paramilitary-controlled Uraba region will embark on a PR campaign in Europe to assure consumers Colombian bananas are not “stained with blood,” Restrepo told the newspaper.

This PR campaign would coincide with the installation of a transitional justice system that will seek justice for the 8 million victims left by Colombia’s almost 53-year-long war.

At least 10 banana companies could be ordered to appear before this tribunal for alleged “para-economics,” the use of deadly paramilitary violence to reduce union opposition and optimize profits.

According to Restrepo, the banana companies did pay “security and surveillance companies that offered special services between 1996 and 2007, when aforementioned companies were created, audited and inspected by the State.”

The Convivir was one of them. But the generic term was private security companies that at the time fulfilled an institutionalized offer and who were granted particular permissions under the principle of legitimate faith as it was the state that was promoting them.

The Convivir groups were armed civilian militias that were legalized by then-President Cesar Gaviria and promoted by then-Governor Alvaro Uribe in 1994 to defend ranchers and companies against Marxist guerrilla groups that were wreaking havoc throughout Colombia at the time.

The groups were again prohibited in 1997 amid indications they were mainly front companies for illegal paramilitary groups and committing major human rights violations.

According to Restrepo, his sector was not aware of these crimes and “in good faith” ended up paying the same paramilitary groups that were killing labor rights workers in the banana sector.

One thing is supporting legal actors and their institutionalized offer and another very different thing is what they unjustly and in order to stigmatize are trying to demonstrate, that the banana sector sponsored illegal armed groups. The banana sector did not sponsor paramilitary groups.

In total, some 12,500 businessmen and companies are expected to respond for allegedly financing paramilitary death squads before the transitional justice system that is part of a peace process with Marxist FARC guerrillas.

Restrepo curiously said it would be a “great opportunity” to appear before ordinary courts — not the transitional justice system — to “tell what happened. What our actions were under the protection of the law and the institutions between 1996 and 2007.”

According to paramilitary commanders “Pedro Bonito” and “HH,” it was exactly between these years the banana companies financed the paramilitaries.