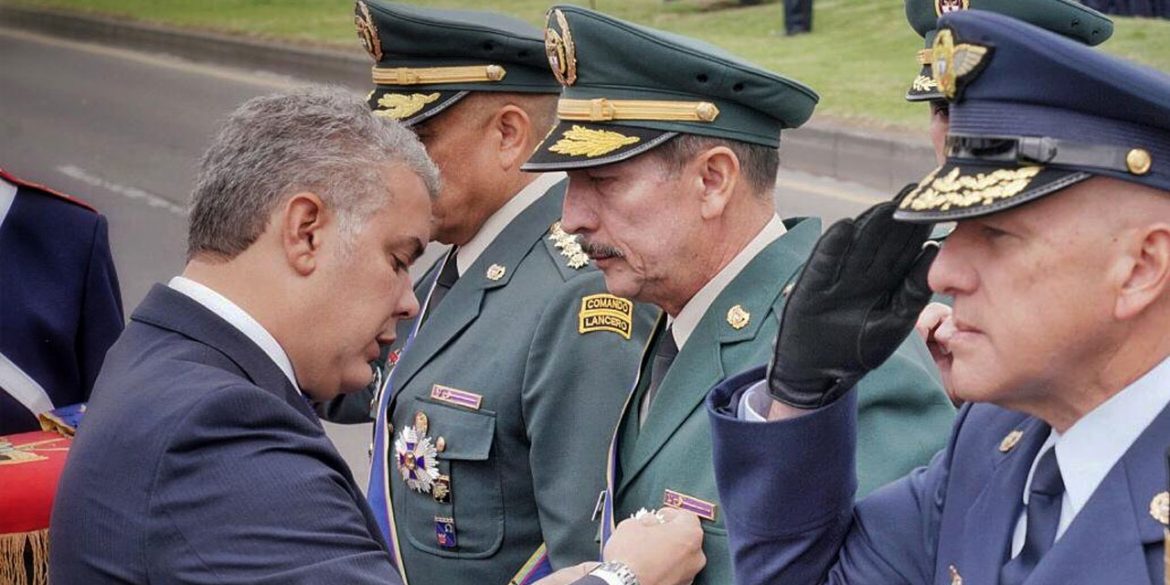 Colombia’s National Army commander personally put an investigated general in charge of an alleged witch hunt against commanders who leaked corruption scandals or human rights concerns to the press, according to weekly Semana.

The magazine based its claim on documents of the Inspector General’s Office, which is investigating several top army officials, including the former second in command of army chief General Nicasio Martinez, on corruption charges.

According to one of the documents, 2nd Division commander Brigadier General Mauricio Moreno admitted that Martinez ordered him to call in then-commander of Counterintelligence Support Command, General Eduardo Quiros, to hold a meeting that was part of the alleged witch hunt.

The former counterintelligence commander has been charged with corruption because during this meeting he was recorded offering money for information that would identify the commanders who talked to the New York Times about Martinez’ controversial army order to double all units’ combat kills and captures.

The office also heard the testimony of Brigadier General Mauricio Moreno who assured that, in order to be able to hold a meeting of the commanders of brigades and divisions, he was instructed by the Commander of the Army to require the support of General Quiros.

Moreno’s testimony confirmed the reported claim of a sergeant who said at the May 22 meeting in Bucaramanga that he would be conducting interviews and lie detector tests at the order of Martinez.

This is by order of the commander of the Army, General Martinez, because of everything that has happened in these days and to know who are behind all this.

This meeting and interviews took place four days after the New York Times reported about commanders’ concerns that the army chief’s orders could lead to the killing of civilians in order to meet Martinez’ quantitative military objectives.

The revealed Inspector General documents further complicate the National Army commander’s position just days after retired military commanders hinted he ought to step down or be removed.

Without mentioning Martinez, the former commanders said that commanders who incite their subordinates “to take part in acts of indiscipline or outside the law” “should not be wearing the national uniform and may not remain in the institution.”

At a press conference, the battered Martinez responded that “we will be forceful in combating corruption,” but did not indicate he was considering to step down despite the mounting evidence against him of corruption and cover-up attempts.