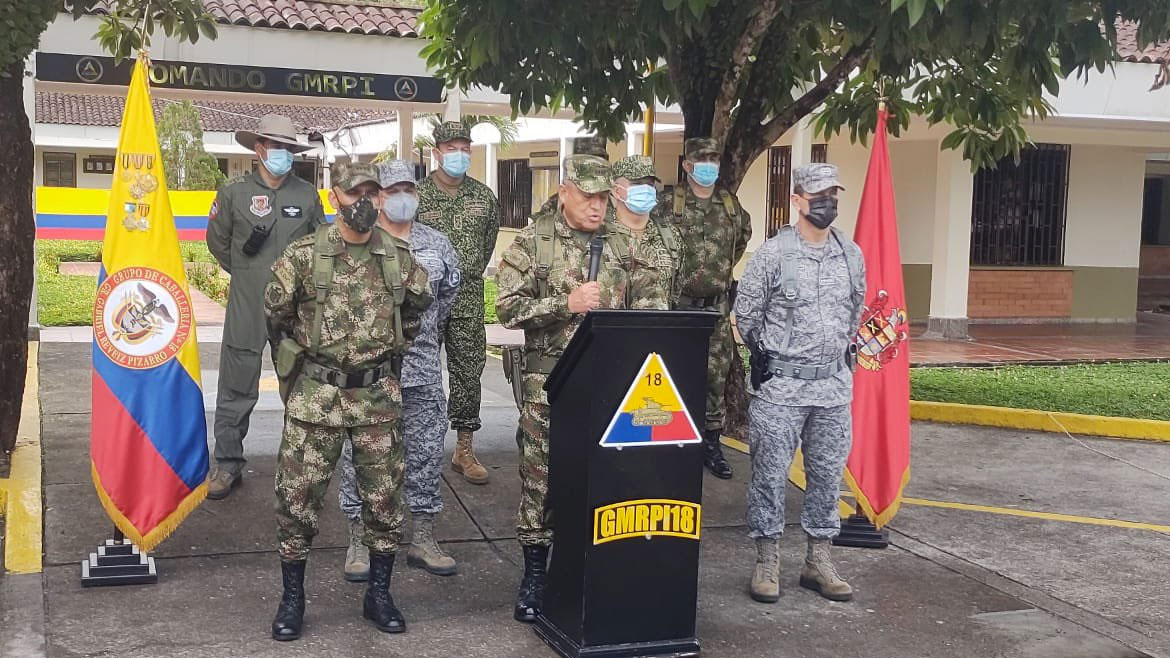 Colombia’s President Ivan Duque said Saturday that five soldiers were killed and six were injured in a guerrilla attack in a rural region controlled by the ELN.

The attack allegedly took place in Arauquita, a town in the northeastern Arauca province that borders Venezuela.

According to Duque, the “cowardly terrorist attack” would “clearly” be an “action between the ELN and dissidents of the FARC planned from Venezuela.”

The president provided no evidence to sustain his claim that the ELN and FARC dissidents joined forces for what would be their first joint offensive operation.

Ever since taking office in 2018, Duque has made multiple false or unfounded claims to sustain theories of a conspiracy between the ELN, rival FARC dissident groups and Venezuelan President Nicolas Maduro.

The commander of the Armed Forces, General Luis Fernando Navarro, did not confirm the president’s latest conspiracy theory, but did announce a $166,000 (COP637 million) reward for information that would lead to the arrest of ELN ringleader “Nacho” and “Arturo,” an alleged FARC dissident.

The top military commander additionally reiterated that there were outstanding rewards for ELN ringleader “Culebra,” one of the leading guerrilla commanders in the Arauca province, and FARC dissident leader Fredy.

Navarro additionally announced that he would reinforce security in Arauca, an ELN stronghold, with an additional 300 soldiers, and would step up military operations that seek to weaken the guerrillas in the remote region.

The guerrilla attack is one of the most aggressive offensives in the region since February last year when the group ordered a three day shutdown in guerrilla territories and went carried out several attacks.

Why the ELN embarked on its three-day terror campaign, according to the guerrillas

Since then, the group has maintained a relatively defensive strategy until August when a bomb attack outside a police station in the northeastern city of Cucuta injured 10 policemen and 2 civilians.

Following the demobilization of the FARC in 2017, groups formed by dissidents or rearmed guerrillas have refrained from carrying out high profile attacks.

The majority of FARC dissident groups have not been able to recover the military prowess that would allow the guerrillas to confront the military.

In the border region around Arauca, the ELN and rearmed members of the FARC’s former 10th Front have upheld what appears to be a non-aggression pact.