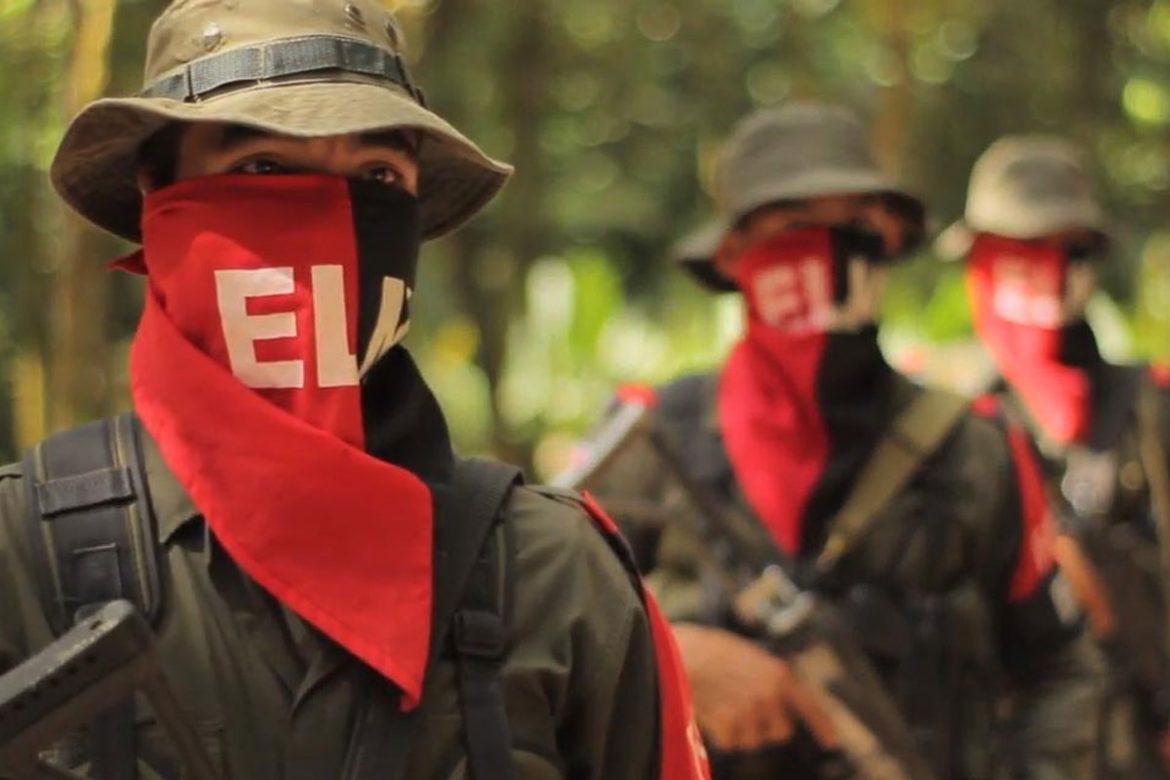 While the governments of Colombia and Venezuela blame each other for a recent outburst of violence in the border region, ELN guerrillas who effectively control the region are calling for a ceasefire.

The guerrillas apparently refuse to get involved in violence between alleged FARC dissidents and the Venezuelan military that has killed at least eight soldiers over the past two weeks.

The ELN’s control over Colombia’s Arauca province and Venezuela’s Apure state is virtually undisputed, but they seem to shun the fighting and the mutual blame game between Bogota and Caracas.

In an apparent attempt to outdo the incoherent rambling of Venezuelan President Nicolas Maduro, Colombia’s Foreign Minister Claudia Blum on Thursday claimed that “terrorists like the ELN and FARC dissidents for year have found refuge in Venezuela.”

The ELN have been active in both countries for thee centuries at least, unlike the FARC’s dissident 10th Front, which rearmed in 2018 after attempts to sabotage their peace process.

According to the foreign minister, Maduro is fighting the FARC dissident to try to divert attention way “in regards to the complicit relationship between the dictatorship and terrorists.”

Blum conveniently forgot that President Ivan Duque is associated with far-right death squads that are terrorizing Colombia and won the 2018 elections with the help of a drug trafficking organization.

Days before, Maduro claimed that the dissident guerrillas fighting Colombia’s authorities were effectively sent by Duque who would be “up to his neck in this plan” in a conspiracy to overthrew the Venezuelan government.

The ELN took advantage of the two politicians’ delusional rhetoric to reiterate its call for a bilateral ceasefire after having spent the past few years expanding control over the countryside.

“An agreement on a bilateral and temporary ceasefire with the National Government to better confront COVID-19 creates conditions” to resume mediated peace talks with Duque, the ELN’s chief negotiator “Pablo Beltran” told media on Thursday.

While talking peace, the guerrillas have used the deteriorated ties between Caracas and Bogota, and both government’s growing crises, to impose guerrilla rule over neglected border regions like Arauca.

Maduro in 2019 broke off diplomatic relations that Duque has refused to reestablish, which would allow both countries to cooperate and recover control over the long neglected and increasingly unstable border.

The violence on the Venezuelan side of the border has displaced approximately 5,000 people over the past two weeks.