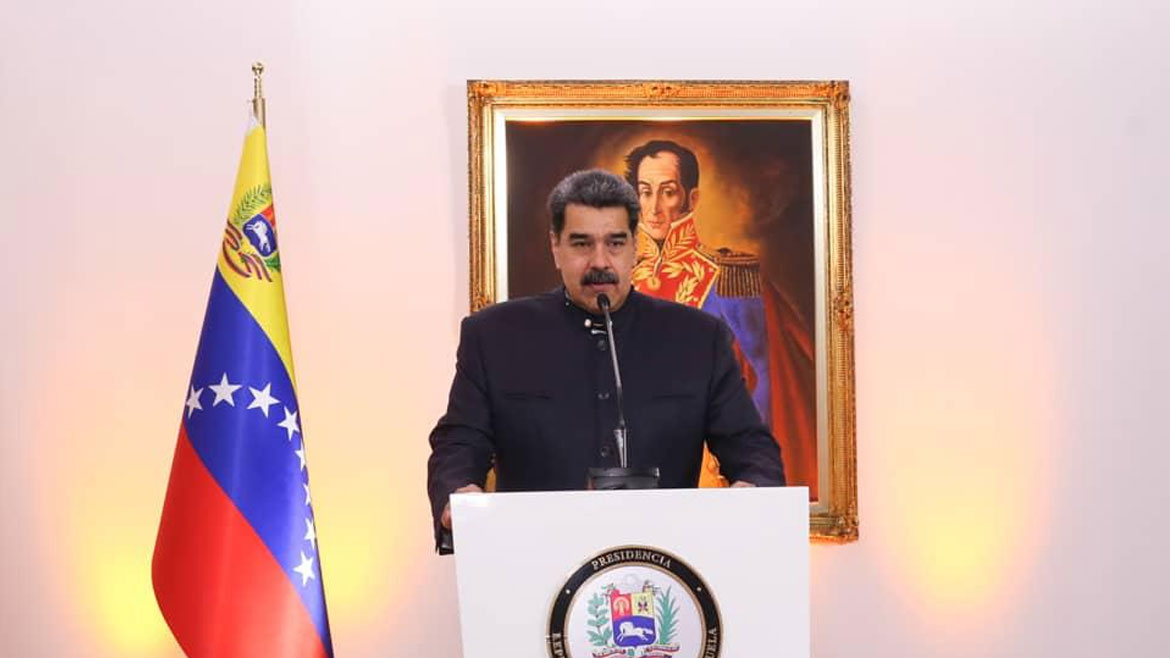 Venezuela’s government accused its counterpart in Colombia of trying to ignite a war between the two neighbors after violence forced more than 5,000 people to cross the border.

In a televised speech, Venezuela’s authoritarian President Nicolas Maduro urged military commanders to avoid responding to provocations, “because they want to escalate [violence] to an armed conflict” between the two countries.

According to Maduro, Colombia’s increasingly authoritarian President Ivan Duque is “up to his neck in this plan” to escalate violence between Venezuela’s armed forces and illegal armed groups from Colombia.

The Venezuelan president confirmed that “they say” that groups former by rearmed former members of the demobilized FARC guerrilla group attacked military positions.

Maduro urges Colombia to reestablish ties ‘before it’s too late’

Maduro said that six “terrorists” and two members of the military were killed in confrontations in the border state of Apure a week ago that was responded by air strikes.

Colombia’s armed forces have been struggling to contain the surge in dissident guerrilla groups for years, but would now be coordinating these groups’ attacks in Venezuela with the US military, according to the Venezuelan president.

According to authorities in Arauca, the province on Colombia’s side of the border, some 5,000 people have crossed the border to flee the violence that kicked off last week after an alleged guerrilla attack on a military compound.

Colombia’s Interior Minister, Daniel Palacios, traveled to Arauca on Sunday to coordinate the humanitarian response to the wave of refugees.

Defense Minister Diego Molano last week allegedly ordered an increase in troops on the Colombian side of the border.

The sudden surge in armed conflict between the Venezuelan military and the alleged FARC dissidents has created an explosive situation in the region that is dominated by the ELN, the guerrilla group that historically controlled that part of the border.

Rival groups of all kinds have increasingly been causing trouble in multiple regions along the two countries border’ that has historically been neglected by both governments.

Colombia’s president has since refused to reestablish relations, which would allow the two countries’ security forces to coordinate a response against the guerrillas, organized crime and paramilitary groups.