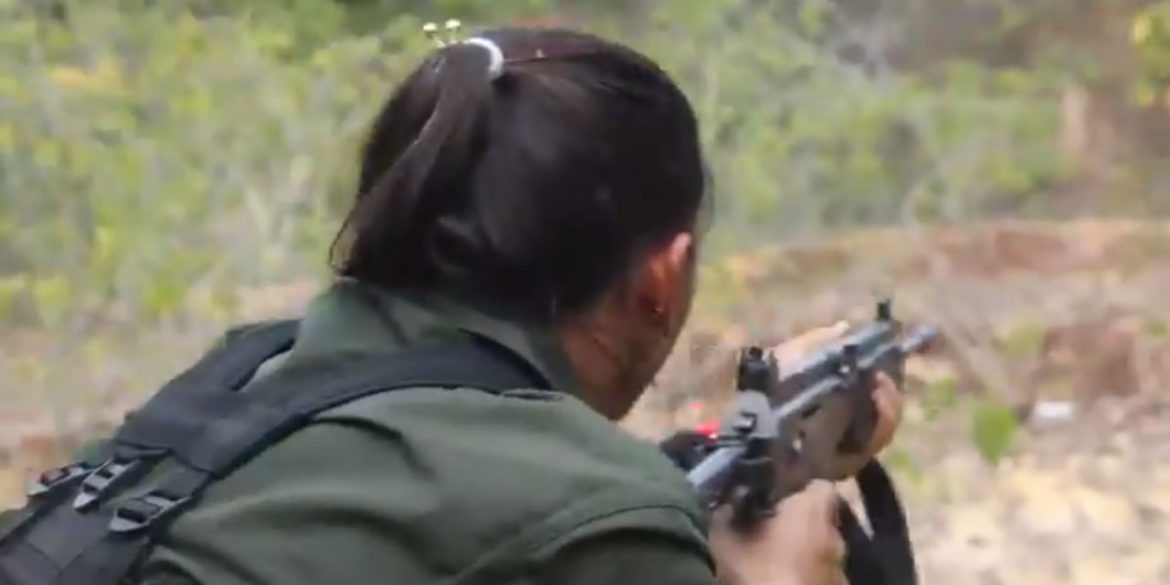 Why the ELN embarked on its three-day terror campaign, according to the guerrillas

In the video, a female voice-over explained the guerrillas’ justification of the ongoing terror offensive and invited listeners to visit their relatively new Urban War Front.

The guerrilla recruiter said their “armed struggle” is against “bad governance” in an apparent attempt to appropriate popular sentiments that fueled peaceful labor strikes and anti-government protests in November last year.

One of the reasons for the ELN’s ongoing offensive is the “reactionary violence of oligarchical governments as a weapon of domination,” the guerrilla said over images of the violent repression of the protests.

In another reference to the recent peaceful strikes, the ELN member said the armed strike was “because education is in the hands of businessmen who are taking advantage of the ignorance of the people” while “college graduates and intellectuals must sell themselves to the ruling class or perish.”

Additionally, “the land is being worked by farmers who don’t have where to drop dead” while “the ignorance of the leaders destroys our Mother Earth and its communities,” according to the guerrilla.

Workers “are working for a hunger wage,” the ELN member said, adding that “small businessmen are ruined by foreign capital” and “the wealth of our territory is being plundered by the gringos.”

The people rise up in arms because the revolutionary struggle is the only way to overthrow this deceitful and violent government.

According to Defendamos la Paz, the ELN’s justification is “an affront to a citizenry determined to overcome the armed conflict.”

“All Colombians chose to protest peacefully, happily and in an organized manner and will not bow to the demands of those using violence,” the peace activists said.

All Colombians have the right to live in peace. The time has come for the ELN to understand: the days of war are over.

The ELN, which has tried to overthrow the government since 1964, can count on the approval of 2% of the Colombian population, according to the latest Gallup poll.