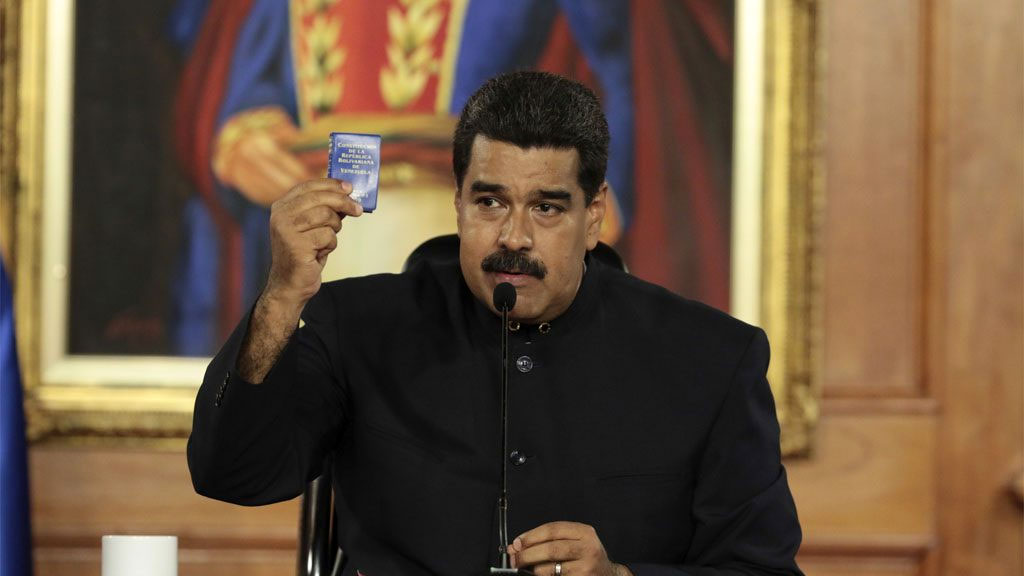 While Venezuela is suffering a major social, economic and political crisis, the country’s president said Sunday Colombia “needs a [Hugo] Chavez,” the late president who started a “Bolivarian revolution” to increase state control over the country’s economy.

“Don’t you mess with Venezuela so I don’t mess with Colombia,”

Colombia has been engaged in a delicate peace process with the Marxist FARC, until last year the country’s largest guerrilla group that is ideologically aligned with the Venezuelan government.

According to Colombia’s foreign ministry, these tanks have been on the border since 2015 in a bilateral attempt to curb crime in the border region.

You’ve got Colombia in a bad state, Santos. Dedicate yourself to governing and resolving your issues in Colombia.

After years of evading tensions with Colombia’s neighbor to the east, Santos joined other Latin American countries in rejecting the political violence in Venezuela, going as far as claiming “the Bolivarian revolution has failed.”

Late Venezuelan President Hugo Chavez embarked on the so-called Bolivarian revolution and nationalized numerous private companies after being elected in 1999.

However, by doing so, the late Marxist president created tensions with the country’s former ruling elite. Additionally, the nationalization of privately-owned companies led to major inflation and increasing social unrest.

After Chavez’ death in 2013, Maduro was elected president and lost control of the country’s economy and corrupt state system.

Over the past months, the country’s been engulfed by public protest both by anti-government and pro-government protesters in which dozens of Venezuelans were killed.