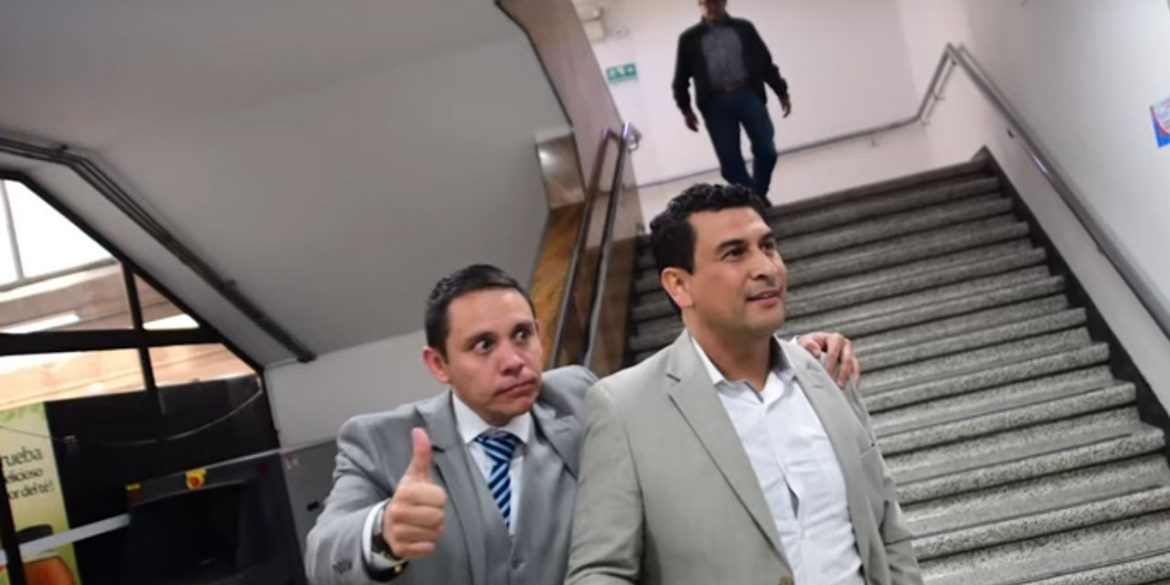 A judge in Colombia’s capital Bogota on Monday jailed a retired army colonel who is accused of ordering the assassination of a demobilized member of former guerrilla group FARC.

Retired colonel Jorge Armando Perez in April last year allegedly ordered his subordinates to murder FARC member Dimar Torres to avenge the death of one of his soldiers.

The murder triggered a major scandal as the military is supposed to protect members of the FARC, which has lost more than 170 members since it demobilized and disarmed in 2017.

One soldier has already been convicted of the murder, but Perez and the military successfully delayed his trial until Monday.

The Bogota judge sent the retired colonel and four other soldiers allegedly involved in the murder to jail, claiming they could obstruct justice, escape or manipulate witnesses.

According to a Whatsapp message released by weekly Semana, Perez said that “they are next” after neighbors caught his subordinates red-handed trying to get rid of the victim’s body.

The problems for the military

The murder of Torres created major tensions within the military and the Defense Ministry.

General Diego Villegas of the Vulcano Task Force, which is responsible for the Catatumbo region, publicly asked forgiveness for the murder while former Defense Minister was still denying responsibility.

Villegas, who has submitted to the war crimes tribunal and could lose judicial benefits if found complicit, was subsequently scolded and told to “join the guerrillas’ by a superior, according to local media.

The general was sacked in December after controversial army chief Nicasio Martinez “resigned” and his successor embarked on a major reform in the top of the army.