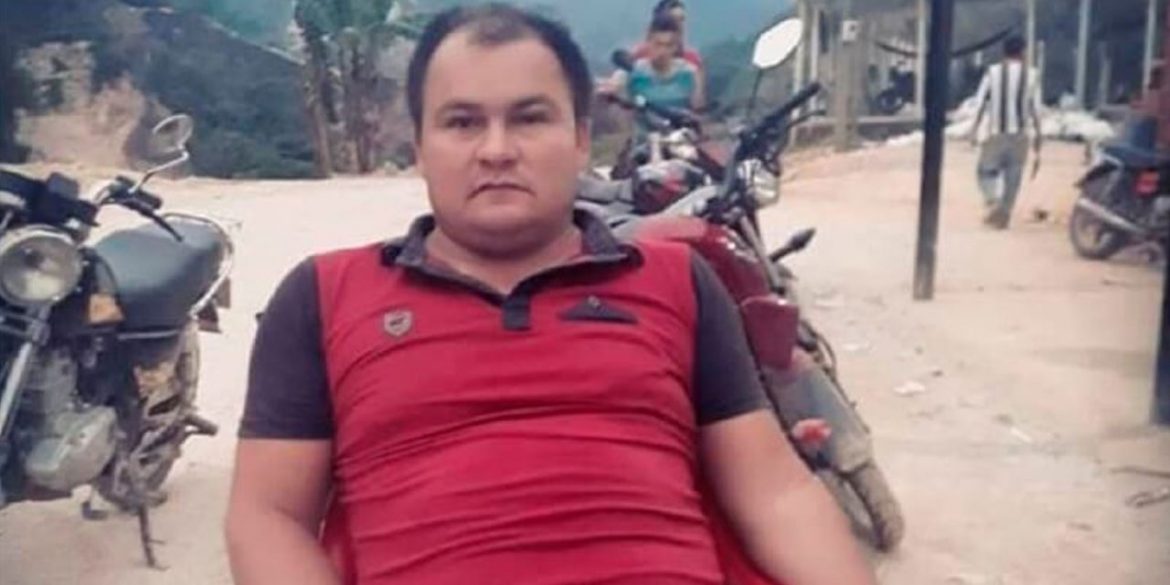 The lieutenant colonel ordering the assassination of a FARC member in northern Colombia in April planned the murder weeks in advance, according to leaked prosecution documents.

Weekly Semana reported over the weekend that it had obtained the evidence that indicates that Lieutenant Colonel Jorge Armando Perez ordered and planned the assassination with his unit weeks in advance.

According to the weekly, the prosecution has all the evidence to take Perez to court, but is impeded to do so because Perez is trying to have his case transferred to Colombia’s notoriously ineffective military justice system.

Meanwhile, President Ivan Duque is defending his defense minister who is currently facing his second motion of no confidence in four months.

Contradicting evidence and Perez’ superior, Defense Minister Guillermo Botero “has been committed to seeking the truth,” said the president Monday.

According to Semana, the murder of FARC member Dimar Torres was planned by Perez and his unit for three weeks to avenge the death of a soldier who was killed by a landmine in the troubled Catatumbo region.

“I need to avenge the death of this soldier, you’re going to have to kill,” the lieutenant colonel told his troops, according to subordinates who talked to the prosecution.

A few days later, corporal Daniel Eduardo Gomez told Perez that Torres had planted the landmine. The mid-level commander has no evidence of this, but that was irrelevant.

“No need to arrest that man, you have to kill him because there’s no point in him getting fat in jail,” Perez allegedly responded via Whatsapp.

The lieutenant colonel and his men subsequently proceeded to plan the murder, or “Operation Amos” as they reportedly called it, on April 1, three weeks before the murder.

Torres was initially being shadowed so Perez’ unit could figure out their future victim’s routines, according to the Whatsapp messages reportedly in the hands of the prosecution.

The second lieutenant opposed, according to soldiers, but Gomez didn’t need his approval. Torres’ murder had already been approved by Blanco’s superior.

The murder and the order to kill the neighbors

In the evening, the soldiers who were spying on the demobilized guerrilla informed Gomez that Torres had left his parents’ farm on his moped and was on his way to the village of Miraflores.

The FARC member had to pass the Sinai military base where Gomez, soldiers William Alarcon, Jorman Buritica and Cristian Casilimas stopped the victim, according to the prosecution.

Gomez executed Torres after which Alarcon dragged the body away from the road. Buritica and Casilimas hid the moped, according to the leaked prosecution documents.

The soldiers began digging the grave inside the army compound, but were caught red-handed by the neighbors who had gone looking for Torres after he failed to arrive in Miraflores.

Gomez immediately called the colonel to inform him that Torres had been killed, but that the neighbors had found out about the murder.

Perez ordered his subordinate to “check them , because they are next” and to report that all was quiet over the radio.

The obstruction of justice

The whole plot went wrong. Because the neighbors had recorded the incident and had warned civilian authorities, both Perez and Gomez were called to the army base to be interrogated by prosecutors.

The FARC made the murder of their member public and the defense minister began spinning his web of lies.

The prosecutors reportedly got their hands on the chats in the soldiers’ “Dimar Torres” Whatsapp group in which the entire conspiracy became obvious. They are ready to take the lieutenant colonel and his subordinates to court.

The problem is that nobody reportedly knows where the lieutenant colonel is while his attorneys are trying to make the criminal charges disappear into the military impunity system.

Meanwhile, Duque is further undermining his virtually non-existent credibility by claiming his defense minister’s lies were a quest for truth.