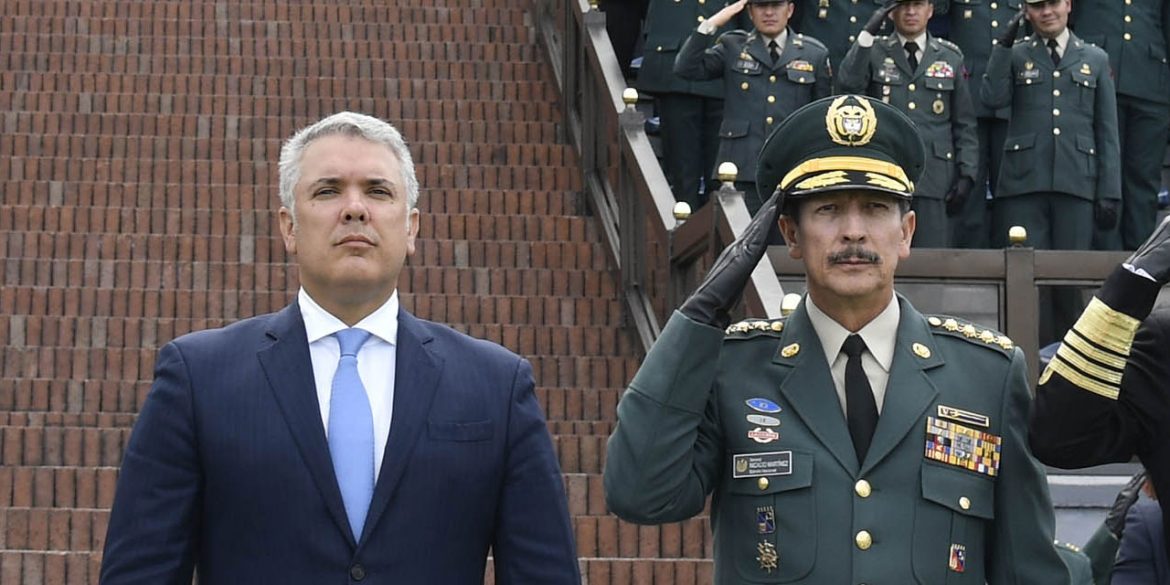 The lead investigator of the reportedly criminal practices carried out under Colombia’s former army chief was meant to be assassinated, reporters of weekly Semana told newspaper El Espectador.

The alleged assassination plot was part of an almost unreal terror campaign that overtly sought to stop the magazine’s investigations into retired General Nicasio Martinez and a clique of corrupt officials protecting him.

Ironically, the brazenness with which the army officials terrorized the journalists also provided them with the evidence that ultimately allowed them to report on the outrageous practices and file criminal charges.

But had it not been because of the help of a foreign intelligence agency, honest army officials and sheer luck, Semana’s lead investigator would not have survived the investigation.

The two men who admitted they were paid to assassinate the reporters’ team leader were forcibly disappeared, the journalists told El Espectador.

Whoever says he’s not scared is an idiot. 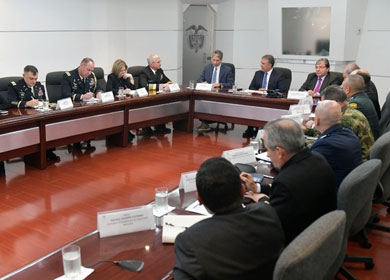 The commander of the US Southern Command, Navy Admiral Craig Faller met with, among others, General Nicasio Martinez in April last year. (Image: US military)

The accounts of Semana’s reporters dwarf that of the former New York Times journalist who temporarily left the country in May after his reporting on Martinez’s orders to double the number of combat kills and captures triggered a smear campaign.

Three days after the New York Times report it became public that Semana had access to the same evidence and sources in the army, and the intimidation began.

“There were a few calls a week” telling the journalists that “we know what you’re up to. Be careful, don’t be a rat.”

But as Semana found out more about reportedly criminal practices inside the army, the intimidation intensified, and both the journalists and their sources began receiving death threats, the reporters told El Espectador.

In June, Semana reported on the army witch hunt of the New York Times’ sources and corruption practices. The retaliation was almost immediate, according to the lead investigator.

A week later, two condolence cards arrived at my house. At my sister’s house three condolence cards arrived, for her, my brother-in-law and her six-year-old daughter. At my father’s house another one arrived, and at the house of two sources others arrived… It was the typical condolence card: “Rest in the peace of the Lord…” with the names of each one of us, including my niece. Of course, that created a problem in the family, they never know what I’m up to. I had to explain it to them.

The army officials and the reportedly criminal associates trying to protect Martinez purposely began shadowing them in plain sight.

“They wanted us to know that they were right on top of us,” one of the journalists told El Tiempo.

At one point, one of Semana’s army sources found out they had been followed and at gun point forced the spy to identify himself.

The guy confessed he was from military intelligence, that his superior, a captain, ordered him to document that meeting.

The investigation chief was threatened at gun point and a man whose car was registered with the army planted a gravestone on the journalist’s car before driving to the army’s counterintelligence unit, the journalist told El Espectador.

The Semana journalists didn’t report any of the incidents to the Prosecutor General’s Office until they possessed all the evidence that would make a cover-up impossible.

At the prosecution nothing happens with the complaints against the military and I think they know that they enjoy a certain impunity, which is why we don’t trust that institution. 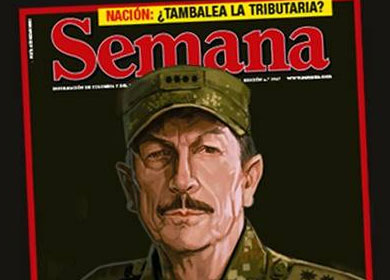 Two men who were supposed to assassinate Semana’s lead investigator presumably didn’t survive the ordeal; they have not been seen or heard of after they confessed they were paid to assassinate the journalist.

A foreign intelligence agency had already warned the journalist, but an old source from the emerald industry in Boyaca effectively thwarted the first assassination plot in July.

While they were drunk, two of the source’s employees told his security chief they had been paid $6,000 (COP20 million) to kill the journalist.

The security chief warned his boss who halted the assassination plot and warned Semana’s investigation chief.

You leave on Saturday at 6AM to give classes, right? Well, that’s when they were going to kill you.

The source arranged a meeting between the would-be assassins and their would-be victim who confessed to the kill plot, the journalist told El Espectador.

According to the Semana investigation chief, the two refused to surrender themselves to the authorities and took a bus to a farm to go into hiding instead.

Two armed men reportedly forced them off the bus near Ventaquemada, some ninety miles north of Bogota. Nobody has heard of seen of them since then, according to the journalist.

Three weeks later, prosecution sources who were wiretapping a Bogota assassins squad reportedly told Semana’s investigation chief that military personnel were recruiting assassins to kill him and were apparently able to thwart the second assassination attempt.

Colombia’s acting chief prosecutor Fabio Espitia has said he would investigate Martinez last week, but Semana’s journalists told El Espectador Espitia never ordered an investigation of Martinez over any of the stories released by them or the New York Times.

The US Congress agreed to increase aid to Colombia in December, reserving more than $40 million for the military that allegedly plotted to assassinate one of the country’s most senior journalists.