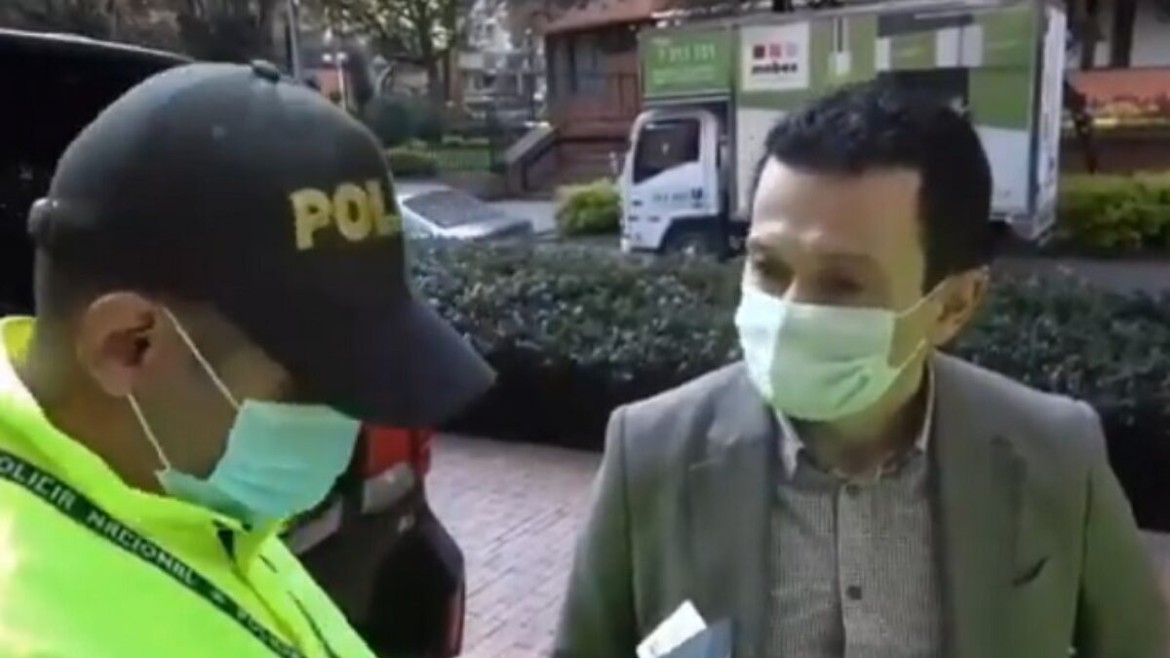 A Bogota judge on Saturday jailed a self-proclaimed elite entrepreneur who has allegedly been trafficking drugs and laundering money since the days of the Medellin Cartel.

Guillermo León Acevedo, a.k.a. “Memo Fantasma,” is arguably one of Colombia’s most elusive and well-connected underworld figures of the past decades.

According to crime website InSight Crime, the self-proclaimed real-estate tycoon started off with late drug lord Pablo Escobar in the 1980s and was one of the main money men of paramilitary group Central Bolivar Bloc.

Following the 2005 demobilization of the BCB, Memo became all but a ghost until 2020 when InSight Crime tracked the “businessman” down in Madrid and revealed he was in business with the husband of Vice-President Marta Lucia Ramirez.

The VP was disgraced even more when website La Nueva Prensa revealed Martinez’s brother is a convicted former heroin trafficker.

President Ivan Duque had proven ties to a drug trafficker organization as well as the president’s political patron,  former  President Alvaro Uribe, who grew up with the founding Medellin Cartel bosses of the Ochoa crime family.

The government has been trying to downplay their ties to the mafia, but with little success, especially after evidence emerged of drug traffickers sponsoring Duque’s 2018 election early last year.

Memo was arrested in Bogota late last month, which reportedly sent a shockwave through the business elite in the capital  where the alleged mafia boss had become a major player in the real estate sector.

Apart from the interrogation of the VP’s husband, Prosecutor General Francisco Barbosa has been particularly quiet about what could be the biggest mafia arrest of the 21st century.

Barbosa has been implicated in the 2018 election fraud scandal and appears to be more concerned with trying to keep his political allies out of prison than fighting crime.

The arrest of Memo further puts pressure on Colombia’s elite that tries to come across as legitimate, but is confronted with mounting evidence they could be an elaborate front doing much of the money laundering for the local mafia.

According to Migration statistics provided by the court, the alleged kingpin entered and left Colombia more than 100 times as authorities apparently had no idea of the real estate tycoon’s decades-long ties to organized crime, the private sector and political powerhouses.