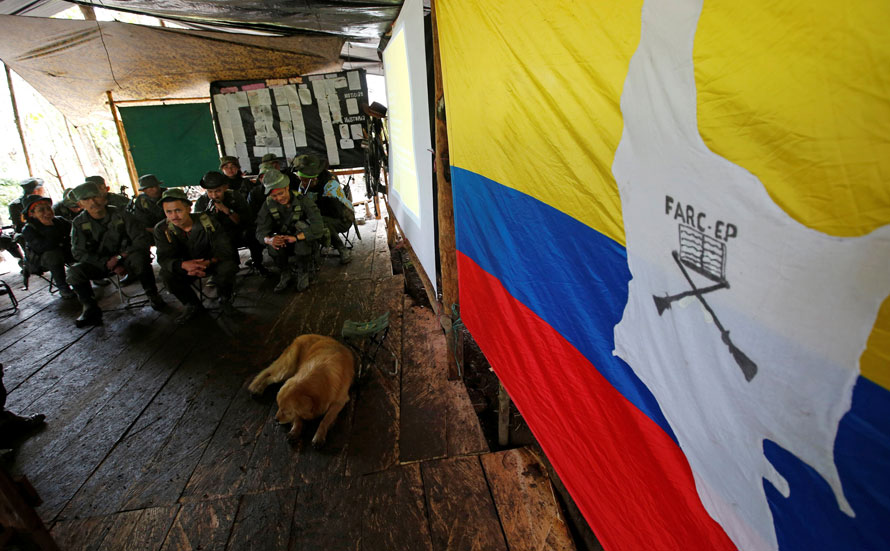 Colombia’s government and leftist FARC rebels have reduced the number of concentration camps for demobilizing guerrillas after visits to the sites.

The government and the guerrillas made the announcement from Yari, Caqueta, where the FARC is set to hold its 10th and final National Guerrilla Conference.

Peace Commissioner Sergio Jaramillo, General Javier Florez of the National Army and UN mission chief Jean Arnault visited the site to meet with the FARC leadership to put some finishing touches on the guerrillas’ demobilization, disarmament and reintegration program.

Because some of the previously agreed sites proved unfit to facilitate an effective and safe demobilization of the guerrillas, they were scrapped and some of the camps were relocated.

The parties have now agreed to 20 demobilization and disarmament sites, or ZVTNs, and seven “normalization” camps (PTN) where the approximately 17,000 FARC members will be staying while judicial authorities define whether they should enter a reintegration program or go to court to respond for war crimes.

The transitional period during which the FARC is expected to surrender its weapons to the United Nations and the legal situation of its members is processed should last 180 days.

The entire process will be overseen by the UN and the Community of Latin American and Caribbean States (CELAC) that will deploy 450 observers to monitor and verify the FARC’s demobilization.

This verification mission will begin its work on September 27, the day after President Juan Manuel Santos and FARC leader “Timochenko” sign peace in the Caribbean city of Cartagena.

Colombians will be voting on the peace deal on October 2, which could stop the peace process in its tracks. The majority of pollsters have indicated this is unlikely to happen. However, Colombia’s pollsters have proven to be relatively unreliable in previous electoral cycles.