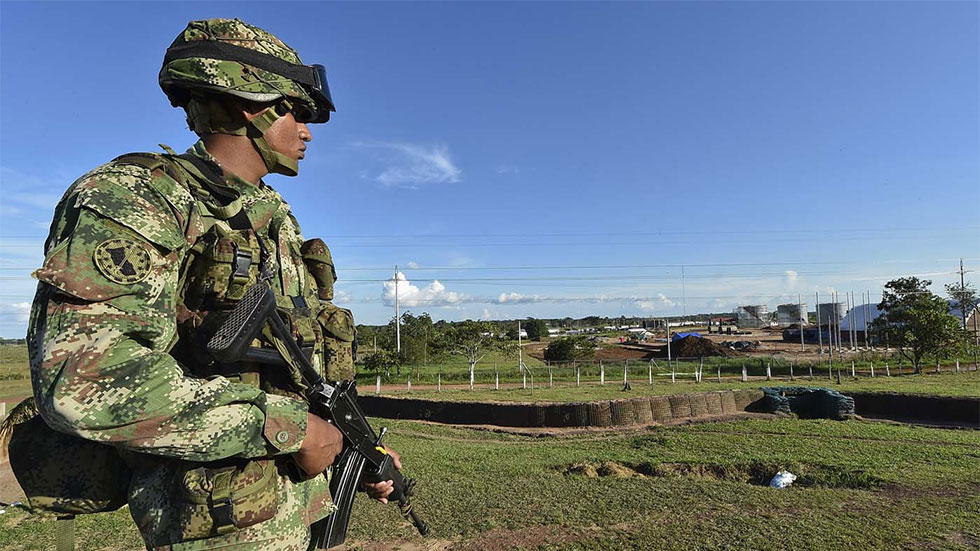 Delegates from Colombia’s national government, the FARC and the United Nations began making technical visits to designated demobilization sites on Monday as the rebels prepare to surrender their weapons in the final stages of four-year peace talks.

The visits to 23 concentration areas and camps is carried out with the aim of verifying their suitability to allow the decommissioning of weapons as part of the FARC’s dismantling more than 50 years after the guerrilla group was formed.

“These are some reconnaissance visits to 23 concentration areas and eight camps that have been chosen to verify the characteristics, to delimit them and a technical review to adjust to that reality,“ said government negotiator Sergio Jaramillo.

The first of the verification visits will take place in the rural area of Villavicencio in central Colombia where Jaramillo, FARC negotiator Carlos Antonio Lozado and United Nations representative General Javier Perez will be present.

The delegation will remain in the area between four and five days, confirmed President Juan Manuel Santos adding that the establishment of “the protocol for handling concentration areas is very important news.”

The laying down of weapons by the FARC rebels is one of the crucial elements of the “end of conflict” phase of the peace agreement through which they agreed to demobilization within a week and a full disarmament within 180 days after peace is signed.

The issue of decommissioning of weapons has been a contentious one but the agreement last Friday of rigid protocol for the process as well as the presence of international observers makes substantial provision for it to take place.

The success of the demobilization process will depend on the ability of Colombia’s government and their international allies to provide for the safety of the rebels in its aftermath.

The FARC has repeatedly expressed its concerns about a repeat of events after 1985 when the guerrillas attempted to participate in politics.

This attempt resulted in the slaughter of thousands of party members at the hands of paramilitaries and dissident elements within the military.

While the government, guerrilla and foreign observer prepare the FARC’s demobilization, disarmament and reintegration, Colombia is far from certain its largest and longest-living rebel group will demobilize.

The final agreement is due to be put to the Colombian people through a plebiscite before November with a counter-signature through a “Yes” vote triggering the requirement for a swift demobilization and disarmament.

However, according to several polls the majority of Colombians is against the peace deal, putting the entire peace process in limbo.

The conclusions of the current verification visits will be presented in a report that will be forwarded to the United Nations Security Council, which should occur on August 19.

If the Santos administration and the FARC are able to close a peace deal and the public approves of it, it will mark the end of the oldest armed conflict in the hemisphere.