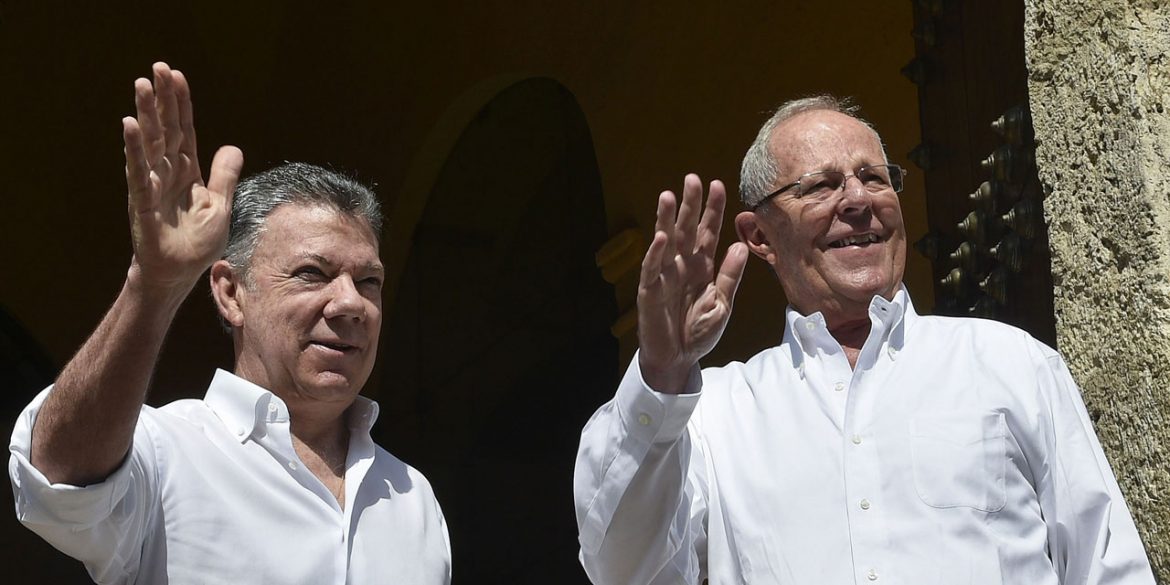 Colombia’s foreign ministry has expressed its “deep regret” for the resignation of Peruvian President Pedro Pablo Kuczynski over alleged attempts to bribe congress.

Kuczynski, who was in Colombia last month, resigned on Wednesday after video and audio emerged of political allies offering bribes to members of Congress in exchange for support in an impeachment procedure.

In a press release, the foreign ministry said to regret the Kuczynski’s premature resignation and said to trust that “the transition of government will take place within the framework of the democratic principles established in Peru’s constitution.”

The scandal over Kuuczynski’s alleged bribery of Congress is similar to those that have rocked the administration of President Juan Manuel Santos and his predecessor Alvaro Uribe.

Two of Uribe’s former ministers were sentenced to prison after bribing Congress into approving the hard-right politician’s unconstitutional 2006 reelection bid.

The use of public funds as slush funds is common in Latin American countries where democratic check and balances are not always in place.