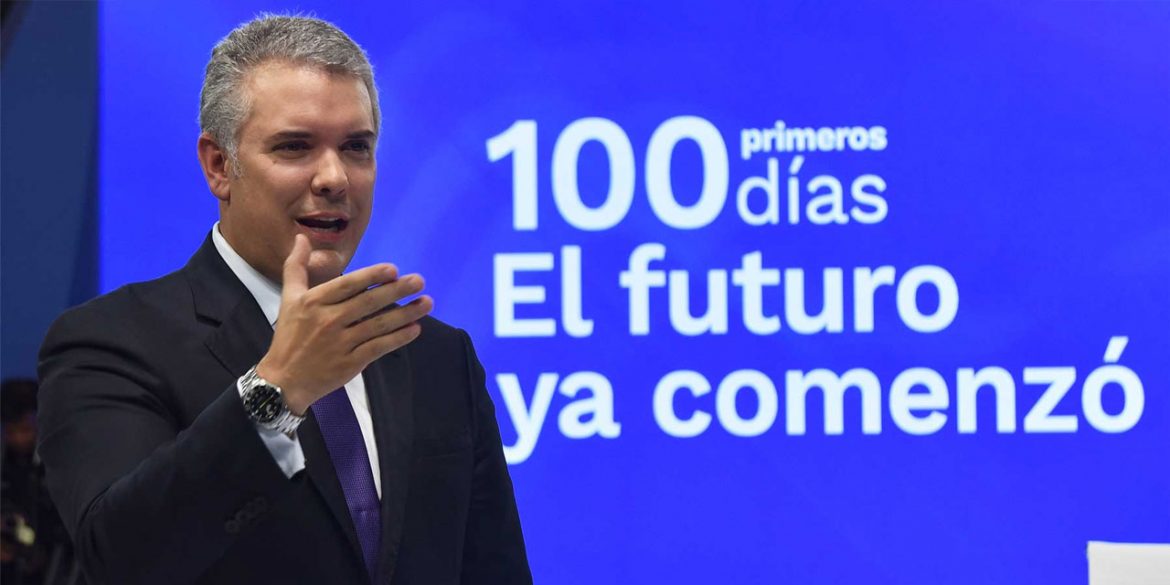 The first 100 days of the administration of Colombia’s President Ivan Duque have been marred by a sharp increase in violent crime and political violence, according to a local think tank.

The Ideas for Peace Foundation (FIP) said in a report that violence between illegal armed groups and against community leaders has skyrocketed, and that anti-government protests increased significantly.

The FIP urged Duque to take action as promised, and pointed out multiple broken campaign promises that could have contributed to the increase in violence.

Homicides have gone up 5.5% after hitting a record low last year, but have skyrocketed in some of former territories of the FARC where the peace process that has been opposed by the president has gone on “automatic pilot.”

Aggression against community leaders increased a staggering 357% compared to the same period last year and homicides of social leaders and rights activists have gone up 143%.

According to the FIP, forced displacement was up 21% in the first three months of Duque’s presidency compared to the same period last year.

At the same time, anti-government protests have increased dramatically, causing “real time bombs” in some regions that have long suffered violence.

In some territories, the government faces real time bombs: they combine disputes between illegal armed actors, social mobilization, tensions between communities, the accumulation of unfulfilled promises by the state and a low response capacity of institutions. In the first three months of the government, social protest events rose by 59% compared to the period from August to October 2017.

The report was released on the same day that a pollster announced that Duque’s approval rating plummeted from a weak 52% to 27% between September and this month.