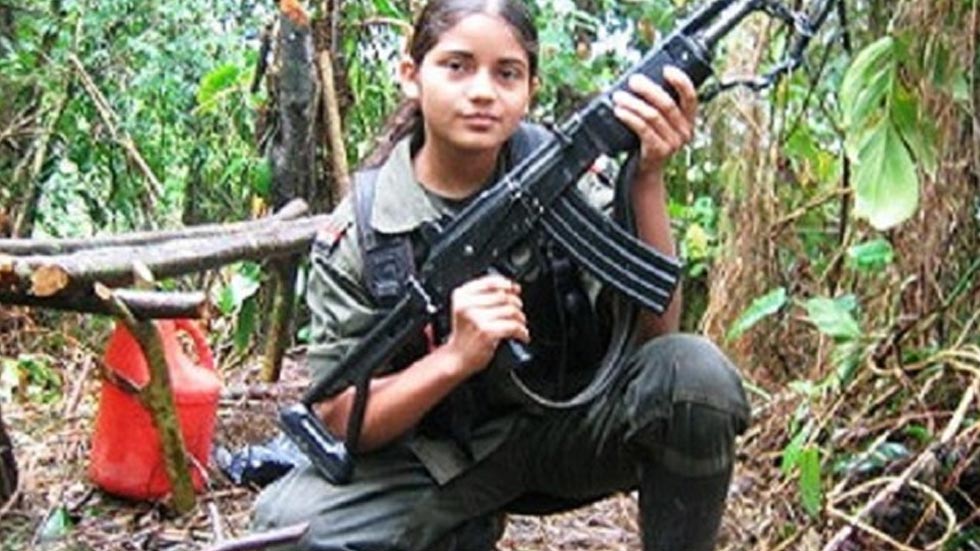 Colombia conflict lessons: Release of paramilitary child soldiers no model to be repeated

Colombia’s FARC rebels are set to release 170 child soldiers as part of a pending peace deal with the government. Lessons must be learned from the fraud-stained demobilization of paramilitary child soldiers to secure the well-being of the children.

Last week’s agreement will see the immediate “exit” for some 170 children 14 and under, and develop a “road map” for the release of minors between 15 and 18 who will be put through the transitional justice mechanism.

The accord between the rebels and the government must provide for the disarmament, demobilization and reintegration (DDR) of child soldiers.

Colombia’s last demobilization process was carried out under former President Alvaro Uribe and involved the United Self-Defense Forces of Colombia (AUC) between 2003 and 2006.

Uribe’s process proved a disaster for paramilitary child soldiers, the vast majority of whom allegedly were simply left out the process and received no care whatsoever.

If the program to demobilize and reintegrate the FARC child soldiers is to be a success, lessons from the failure of the AUC program must be learned particularly in relation to transparency regarding the numbers of soldiers and the provisions made for reintegration.

Transparency with the numbers

In the aftermath of the demobilization of the right-wing rebel group the AUC between 2003 and 2006, serious questions were raised about the accuracy of the figures relating to paramilitary child soldiers.

Verdad Abierta, a website dedicated to investigating Colombia’s armed conflict reported that “913 children were demobilized but it is believed that this represented just 10% of all children in paramilitary ranks.”

The discrepancies in the figures led to the establishment of a program called “Finding Nemo” by the International Organization for Migration (IOM) to find the missing demobilized children.

Eventually they found an additional 273 former child soldiers who had been left out of the formal demobilization.

Criticisms of the AUC process have been largely based upon claims that the paramilitaries released most of their child soldiers away from authorities in order to avoid the wrath of justice.

This concealment denied to children and adolescents the possibility of entering reintegration programs and left them at the mercy of bids entering other criminal groups.

The announcement of releasing child soldiers by the FARC is a significant step in the negotiations but in order to avoid a repeat of the AUC debacle, transparency regarding the numbers of minors in their ranks is essential.

Nevertheless, the announcement of the pending release of child soldiers was barely covered in Colombia’s mass media and the FARC’s promise to release 170 children of 14 and younger is confusing.

The main problem is that while international humanitarian law says all combatants under 16 are child soldiers, the FARC has traditionally put this bar a year lower.

To add to the insecurity, the FARC has consistently lied about the number of child soldiers in its ranks. In January, the guerrillas said to have 20 child soldiers younger than 15, but now says to have 170.

Meanwhile, Colombia’s Family Welfare Institute (ICBF) said it was preparing the demobilization of as many as 2,000 minors, including those between 15 and 18.

And until now, nobody but the FARC knows how many minors between 15 and 18 are part of the guerrilla group.

The Prosecutor General’s Office claim that the FARC recruited 11,556 minors into its ranks between 1975 and 2014, meaning the guerrillas recruited at least 300 children per year on average.

Between 1999 and 2015, the ICBF said it received on average more than 200 deserted minors from the FARC per year.

Numbers of killed child soldiers are not publicly available.

The reality of Colombia’s child soldiers

During the AUC process there were several problems that resulted in the failure to provide adequate reintegration assistance for children departing the ranks of the paramilitary organization.

The DDR program for the AUC was run by the ICBF,  in conjunction with a number of international and national organizations that provided direct services, care and support.

The rules and practices governing demobilization were unclear. Law 782 of 2002 stated that children surrendering to the armed forces should be placed in the care of the ICBF within 36 hours.

Decree 128 stated that only those who voluntarily left an armed opposition or paramilitary group were allowed to benefit from the government DDR programs.

However, since child soldiers were required to identify themselves as members of an armed group under Law 782, those who escaped or were discharged, and those afraid to reveal their identity, were unable to receive assistance.

Some 300 children were formally released by the AUC and handed over to the authorities during the demobilization process which began in 2003 according to a report by the ICBF.

However, the majority of AUC child soldiers left the groups informally and made their way to the ICBF on their own, thus failing to meet the requirements of the collective demobilization process.

Concerns were expressed that many former AUC child soldiers consequently received no demobilization or reintegration support, increasing the risk of recidivism.

An ICBF report outlined that “returning children initially received medical attention and counselling at a ‘transition home’” before being transferred to specialized institutional care centers for adolescents up to the age of 18 for nine to 12 months in preparation for their reintegration.

The program initially envisaged that children would be reunited with their families or placed in a foster home.

However, security concerns and the risk of re-recruitment made it impossible for many child soldiers to return to their families in conflict-affected areas.

The provision of foster care also presented problems as many families were reluctant to take former child soldiers who have been stigmatized as violent, threatening and dangerous.

“While efforts continued to strengthen fostering and family-based care, approximately 60 per cent of those entering the DDR program were in institutional care in 2007,” reported the ICBF

The body also stated that “child soldiers demobilizing from the AUC presented greater psychological and behavioral problems, including drug addiction.”

Colombia’s  UNICEF representative, Roberto de Bernardi described last weeks accord as “a historic moment for the children of Colombia.”

He added that “as the country approaches the achievement of peace, it is critical that all children who have paid the price of this conflict, directly or indirectly, receive the protection, support and assistance they need.”

While those in favor of the peace deal will welcome the sentiments of the UNICEF official, failure of the FARC and the government to operate in an environment of honesty and transparency could result in a repetition of the destruction of young lives that was a hallmark of the AUC process.