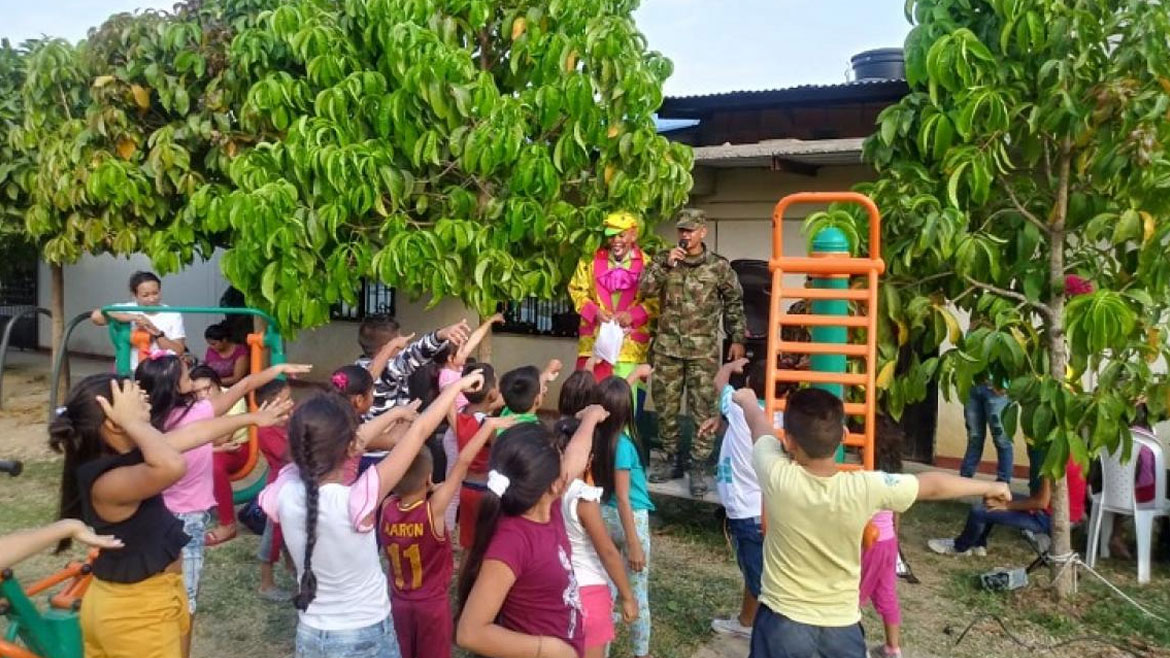 Colombia’s family welfare institute (ICBF) confirmed claims that illegal armed groups have recruited hundreds of children and teenagers during the peace process that began in late 2016.

According to newspaper El Espectador, a recent ICBF report sent to the prosecution said the government was given custody over 465 underage victim of forced recruitment between November 2016 and January this year.

The numbers correspond to 280 minors who had been recruited by guerrilla group ELN and 185 by other illegal armed groups.

The ICBF report confirmed a November 2019 report by NGO Oxfam, which claimed that the recruitment of minors continued to be “widespread and systematic.”

The NGO at the time said it had registered the recruitment of 311 minors since November 2016.

Child recruitment in Colombia continues to be “widespread and systematic”

How many missing children are known to authorities?

This became painfully clear after the death of a girl in the bombardment of an alleged camp of group former by dissident guerrillas of the now-defunct FARC group earlier this month.

The father of the 16-year-old Danna Lizeth Montilla told media he believed his daughter was with her grandparents until he was informed by authorities she had been forcibly recruited and killed.

Locals from around the location of the alleged FARC dissident camp in southern Colombia said 14 minors were missing and possibly in the hands of illegal armed groups.

United Nations observers said in late 2019 it estimated that more than 600 minors were recruited by illegal armed groups since a peace deal between the now-defunct FARC guerrilla group and the government of former President Juan Manuel Santos.

The ICBF report indicated that the practice of child recruitment is particularly problematic in areas where multiple groups vie for control over territory or illegal activity like drug trafficking of illegal mining.

Virtually all of these regions have historically suffered state neglect and high poverty rates.

Areas where forced recruitment is most common

According to the ICBF, the agency took at least 6,944 minors into custody as part of its Specialized Attention program for rescued child soldiers since 1999.

The Colombian agency in charge of recued victims of the forced recruitment is given custody when a victim of under 18.

International Humanitarian Law considers the recruitment of anyone under the age of 14 a crime against humanity.