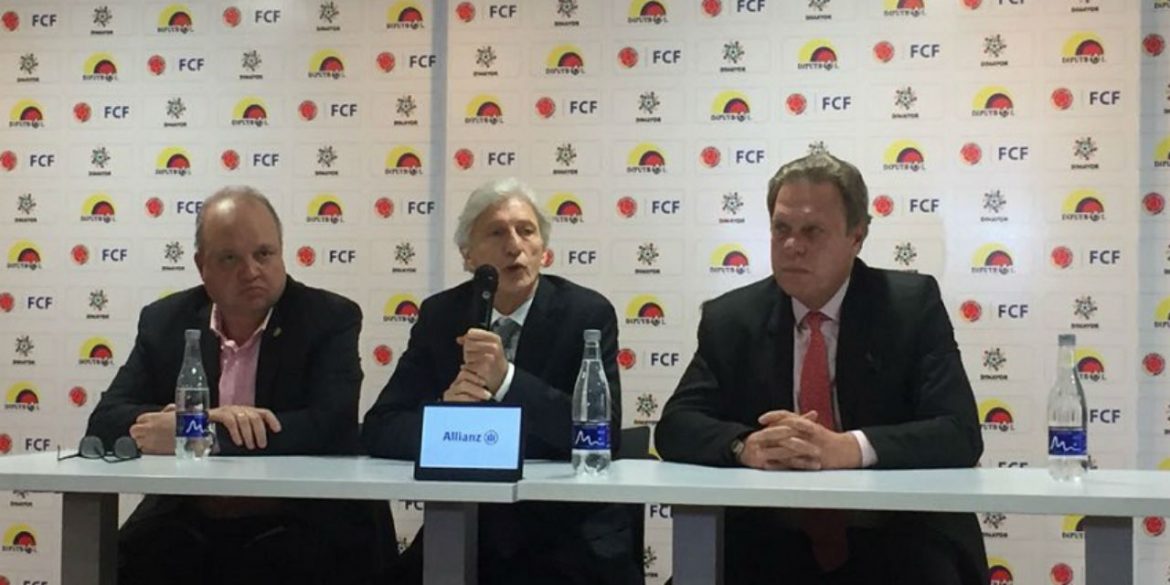 The 69-year-old’s contract expired last week but his decision to depart from the Colombian team set up was confirmed following a meeting with officials from the Football Federation on Tuesday.

“The Colombian Football Federation announces that, after a meeting with Jose Nestor Pekerman, the coach communicated his desire not to continue leading the Colombia senior team,” read a statement from the body.

“For the FCF are very proud to have had the technical director, who qualified us for two FIFA World Cups, Brazil 2014 and Russia 2018,” it added.

Pekerman, who took over the fortunes of the national team in 2012 paid an emotional farewell to Colombia after a journey that took him to two World Cups.

“I’ll always check on how Colombia is getting on, not just in football but also as a country, as a people. I’ll always be part of this country & hope the success continues,” the former Argentina manager told reporters.

Colombia’s team captain and all-time record goalscorer led the tributes to his former boss who is rumored to be a targeted for the vacant position with the Mexico national team.

“Our gratitude for his professionalism and for all these years of work and dedication in favor of Colombian football,” said “El Tigre” on Instagram.

“Thank you for believing in us, for each one of the teachings and for transmitting to us the meaning and value that exists when we put on the shirt of our national team,” added the Monaco star.

Likewise, playmaker and talisman James Rodriguez also took to social media to acknowledge the coach under whom he rose to international stardom.

“I can only thank for everything you gave to Colombia, you gave us back the faith and the dream of being the best. Thanks for making me a better player, you have made me believe that I am better than I thought ” said the Bayern Munich star.

“With your advice, I grew to all levels, you were and you will be one of the most important people in my career, during these years you were like a father to me, I wish you the best,” he added.

The Argentine coach will be fondly remembered in Colombia after ending the nation’s 16-year exile from the World Cup in 2014 when he led Los Cafeteros to the showpiece in Brazil.

The Colombians captured the attention of the world with an exciting, attaching brand of football that led them to the quarter-finals for the first time before bowing out to hosts Brazil.

Pekerman’s stock rose further by securing back-to-back World Cup qualifications in 2018,  leading the team to the last 16 of the competition in Russia.

His decision to step down however may not come as a surprise after he was criticized in some quarters for a disappointing, tame World Cup exit at the hands of England this summer.

Colombia’s Football Federation confirmed that Arturo Reyes was appointed as interim coach for upcoming friendlies against Venezuela and Argentina in the United States.

Former Mexico and Atletico Nacional coach Juan Carlos Osorio had been considered as a contender to succeed Pekerman, but he signed a deal to become Paraguay boss on Monday.