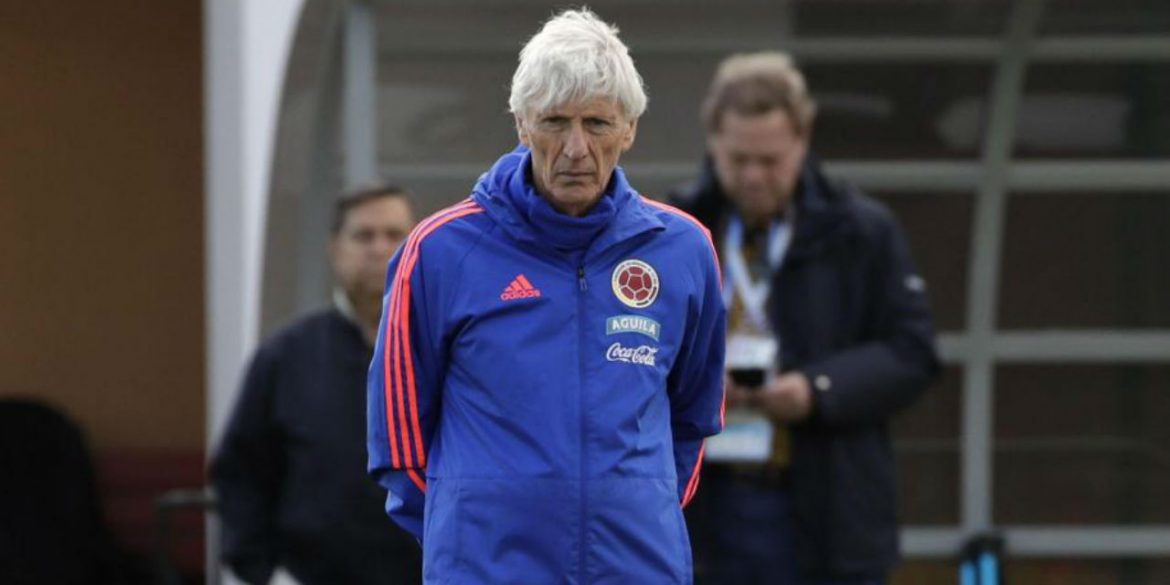 As Colombian football fans mourn a dramatic penalty shoot-out loss to England that saw their team crash out of the World Cup, serious questions must be asked about the future of manager Jose Pekerman.

The veteran Argentine is rightfully lauded for leading a new generation of Colombian players to back-back World Cups but his team selection and tactics against the English ultimately cost “Los Cafeteros” a golden opportunity to surpass the achievement of reaching the quarter-finals in 2014.

The excitement and drama of a late Yerry Mina equalizer that forced the game to extra-time somewhat papered over the cracks of what was an abject and utterly disappointing performance from Colombia.

Colombia was dealt a major blow before the game with the news that talisman James Rodriguez was unfit to play but Pekerman’s decision to select what are essentially three defensive midfielders against an England team who had not won a knock-out match in 12 years defied belief.

Pekerman’s selection of Carlos Sanchez, Wilmar Barrios and Jefferson Lerma reflected nothing more that an inferiority complex as the manger replaced confidence and flair with fear and cautiousness.

While Mateus Uribe scarcely put a foot wrong in the final group game win against Senegal, he was left on the bench with Colombia missing out on his energy and dynamism as they conceded the initiative to the English from the get-go.

Pekerman’s persistence with Sanchez in particular has cost the side with the former Aston Villa midfielder hauling down England striker Harry Kane in the area to concede a decisive penalty that allowed the Three Lions to take the lead in the 57th minute .

Sanchez had already come in for major criticism following his dismissal for a handball in the third minute of the Colombians’ opening game against Japan, which left them with an almost insurmountable task against the Blue Samurai, ultimately resulting in a 2-1 defeat.

Despite using in excess of 45 players in the CONMEBOL South American section of qualifying, Pekerman has failed to take the lessons of experimentation on board.

When Colombia traveled to Buenos Aires last November, the boss took a similar approach against a struggling Argentina side when he opted for three defensive midfielders in Sanchez, Barrios and Daniel Torres.

His unwillingness to play to Colombia’s strengths and attack the Argentinians resulted in a 3-0 humiliation.  While the experimentation cannot be criticized, Pekerman must be held accountable for opting for the same failed approach against England.

It wasn’t until the closing stages of the game when Colombia’s World Cup dream looked to be slipping away that they started to play with some of the attacking flair that we normally associate Pekerman’s sides and the weaknesses in the English side were clearly exposed as Mina nodded in the winner.

England looked more like the team that had struggled to beat Tunisia earlier in the competition as Colombia seized the initiative in extra-time but it was too little too late as the tie was forced to the lottery of penalties.

Colombia appeared to be a shadow of the team that had captured the hearts of nation four years ago with an expansive passing game and devastating attacking play.  The responsibility for this decline falls firmly on the manager’s shoulders.

Pekerman was hugely critical of the match officials and the cynicism of the English but he also conceded that fear was a factor as his team failed to reach its usual high standard.

“It was very difficult to get into the match. There was a lot of rhythm and speed but as soon as the ball was in the box my players were not cool and composed. They were a bit afraid,” said the former Argentina boss to reporters.

While Colombia may not have been among the favorites to win the competition, the most disappointing reality is that they afforded an untested English side too much respect and failed to stick to the attacking principles that has been the hallmark of this generation.

As the BBC’s South American football expert Tim Vickery put it, “there is no shame in being eliminated from the World Cup — only one team gets to take the trophy home. But there should be disappointment in Colombia and from a coach with the CV of Pekerman with the manner in which the team approached the game.”

Pekerman’s fellow countryman and sports writer Martin Liberman was equally critical of the conservative approach of the coach who  refused to be drawn on his future in the job after the game.

“He failed to take advantage of a historic opportunity for Colombia today, I regret the austerity that Pekerman brought to play against a poor England, it was a unique chance to go far in the World Cup, when he attacked them, he hurt them,” wrote the broadcaster on Twitter.

While it would be utterly unfair to fail to acknowledge what Pekerman has done for Colombian football during his time in charge, the Colombian Football Federation must consider alternatives to allow this new generation of talent to step out of the shadow of mediocrity.