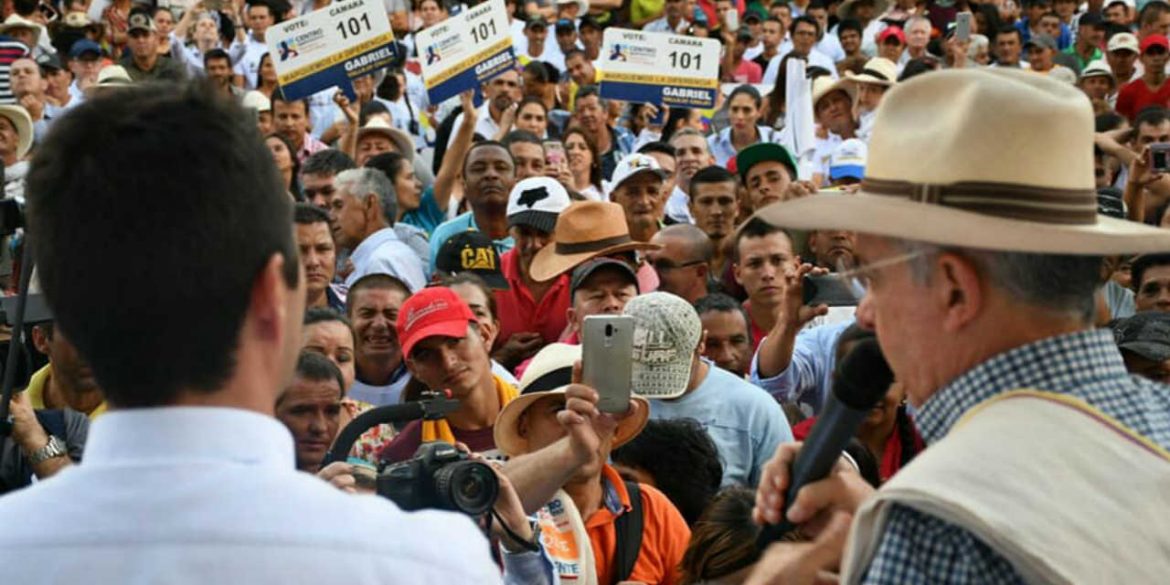 A costly, but effective way of cheating elections in Colombia is buying political support. This allegedly went wrong for candidate Ivan Duque after supporters complained they didn’t get paid.

The embarrassing incident took place in Tunja, the capital of Boyaca, on Thursday after a hectic day that was marred by protests of detractors of former President Alvaro Uribe, Duque’s political patron.

At the end of the rally, dozens of supporters protested, claiming they hadn’t been paid the promised $9. Others claimed they had only been paid $7.

“But when it was over, around 1 in the afternoon, we had to look for her because she had turned off her cell phone,” according to the disgruntled supporter.

Some of the supporters were able to locate the alleged campaign worker of aspiring house representative Diana Peña.

She said she only had enough to pay 20 people, after more than 100 showed up… She only paid five of us and only gave us 20,000 pesos. The others weren’t paid.

Peña told the newspaper that she was unaware that attendants to the rally were allegedly promised a payment.

“My campaign banned this type of activity,” the candidate told El Espectador.

“What we at the Democratic Center do is go door to door and tell the people that this is different than traditional politics,” Peña said.

The Electoral Observation Mission (MOE), an NGO that has been monitoring possible election fraud since 2007, told the newspaper that paying people to attend political rallies is not illegal.

Nevertheless, “it tells a lot about the state of the political parties that they are unable to motivate citizens to voluntarily attend these marches,” the MOE was quoted as saying.

The MOE was unable to immediately verify the claims of support-buying.