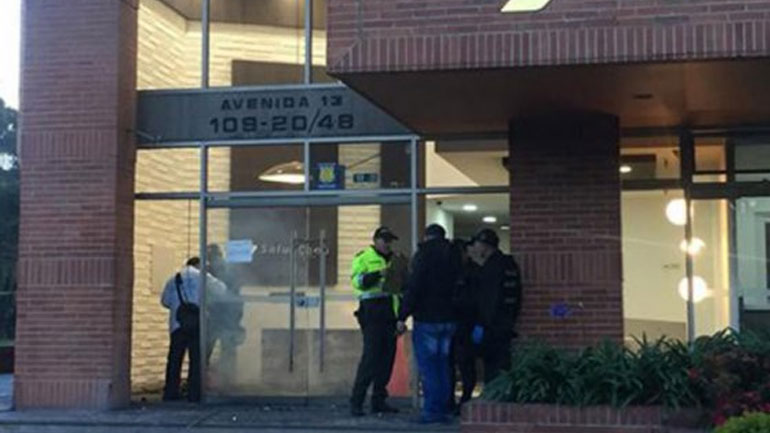 A bomb went off early Wednesday morning at the main office in Bogota of SaludCoop, a health intermediary that is being liquidated after gross mismanagement and fraud.

According to the Bogota Police Department, the light bomb left a guard slightly injured. Two suspects were reportedly arrested.

Witnesses told reporters that the bomb was a so-called Pamphlet-bomb that, apart from causing damage, blew dozens of pamphlets into the street.

The pamphlets saying “you don’t play with health” are apparently a violent response to the financial crisis at SaludCoop and a number of other health intermediaries whose corruption and mismanagement have caused a major deficit in Colombia’s healthcare system.

SaludCoop nearly defaulted in 2011, forcing the government to take over the company.

However, also under government supervision, the health intermediary continued using affiliates’ contributions for dodgy investment deals, according to the opposition.

Earlier this year, the administration of President Juan Manuel Santos, announced the liquidation of the company.