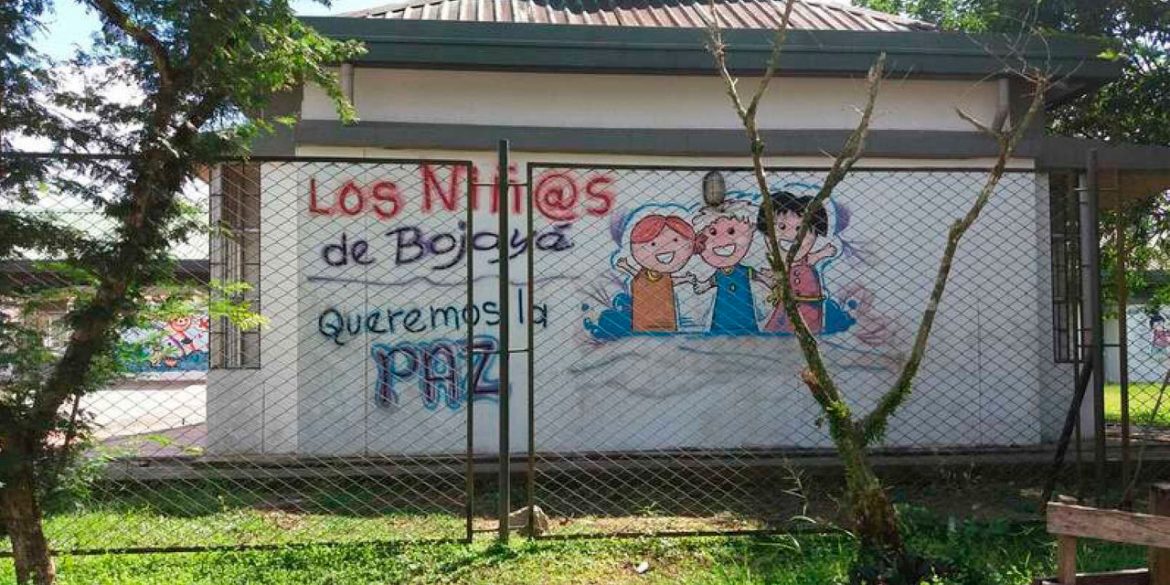 Two days after a reportedly massive paramilitary incursion in northwest Colombia, the national army downplayed the gravity of the situation in the chronically neglected region.

Locals told journalists on Thursday that some 300 members of paramilitary group AGC had arrived in Bojaya, a town in the western Choco province, and were terrorizing the population.

The jungle town hit the headlines in 2002 when the now-demobilized guerrilla group FARC massacred more than 80 people when a home-made mortar fell on the church where locals were hiding from the fighting between the guerrillas and paramilitaries of the AUC.

It wasn’t until November last year that the victims were allowed a dignified burial.

Six weeks later, the predominantly Afro-Colombian community found themselves in the same situation that led to the massacre that traumatized the locals.

For months, the community has been threatened by ELN guerrillas and the AGC, the AUC dissident group that have been vying for control over the Pacific region after the FARC’s demobilization and disarmament in 2017.

According to the commander of the 7th Division, General Juan Carlos Ramirez, some 150 men of the Titan joint task force were able to reach the area and established that “apparently” the paramilitaries had already left “because we didn’t have any combat.”

Apparently, the men had already left, because we didn’t have any combat, and everything indicates that it wasn’t the number the population initially announced, about 300.

Ramirez said that he and National Army chief Eduardo Zapateiro had overflown the area and that the commander of the Titan joint task force would remain in the area with 75 men to enforce security.

The regional ombudsman’s office, however, said that it had not yet been able to establish contact with locals, who reportedly were banned from having any communication with the outside world by the paramilitaries.

Luis Murillo, the former governor of Choco and a former environment minister, said on Twitter that “the accelerated and complete implementation [of the 2016 peace deal with the FARC] is urgent in Bojaya, in Choco.”

The President’s Office said on Twitter that Peace Commissioner Miguel Ceballos would travel to the town next week “in order to increase the National Government’s efforts to meet the unmet basic needs of the community.”