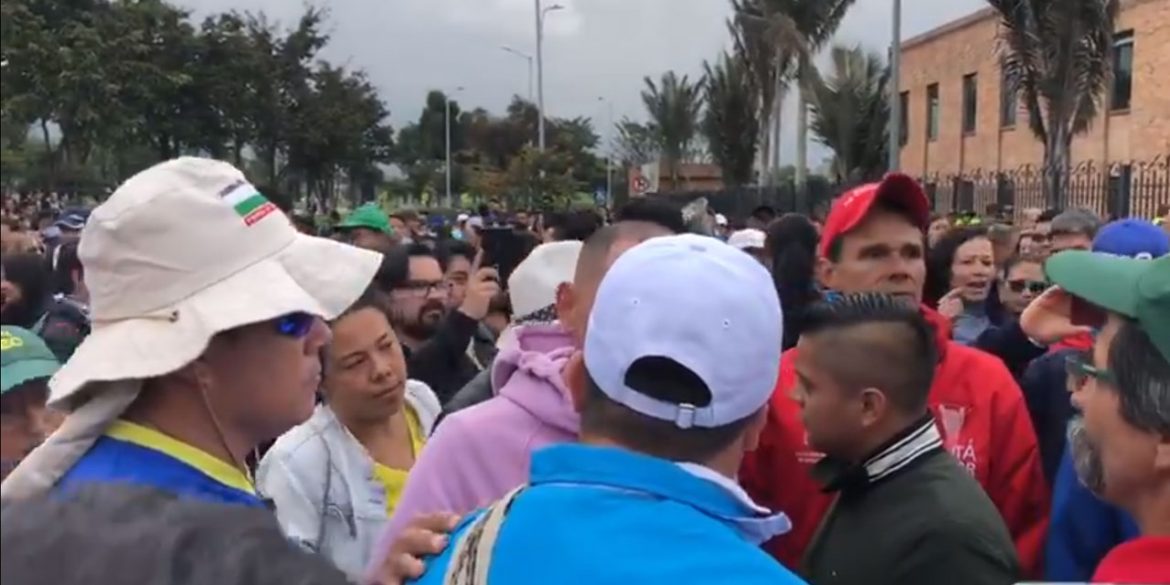 The two undercover cops were caught while trying to join the protests near the Cundinamarca Governor’s office, according to the newspaper.

“We don’t want infiltrators,” the protesters responded loudly. “Go away!”

The policeman told a protest organizer he had been ordered to infiltrate  the protests “to protect people,” El Tiempo reported.

A protest leader reportedly told the policeman to please do so in uniform.

During peaceful student protests that were held last month, students apprehended police infiltrators who were committing acts of violence in an apparent attempt to trigger action from the ESMAD riot police unit.

In a second incident, students expelled a couple of people who were spray painting a stop of the capital’s Transmilenio mass transit system.

With the exception of one attempt to violently repress peaceful protests in the east of Bogota and minor clashes in Cali, the protests that are being held in almost 100 cities and towns throughout Colombia are peaceful.

Senator Armando Benedetti of the centrist U Party said on Twitter that “my only fear is that the government, which has poor favorability, will try to seek repressive action against alleged ‘outrage’ or disturbances provoked by march infiltrators.”

The government of President Ivan Duque, who the people are protesting against, has persistently tried to stigmatize the protests with warnings about violence.

The president’s far-right Democratic Center party has been spreading disinformation and spinning conspiracy theories ahead of the march.

Until approximately 2PM, the protests were massive, peaceful and joyful.

The protests were initially called by labor unions and student organizations in opposition to the government’s economic and peace policies.

They have since been joined by dozens of other organizations, most of whom demand the government  comply with a 2016 peace deal with demobilized guerrilla FARC that is fiercely opposed by the president’s party.