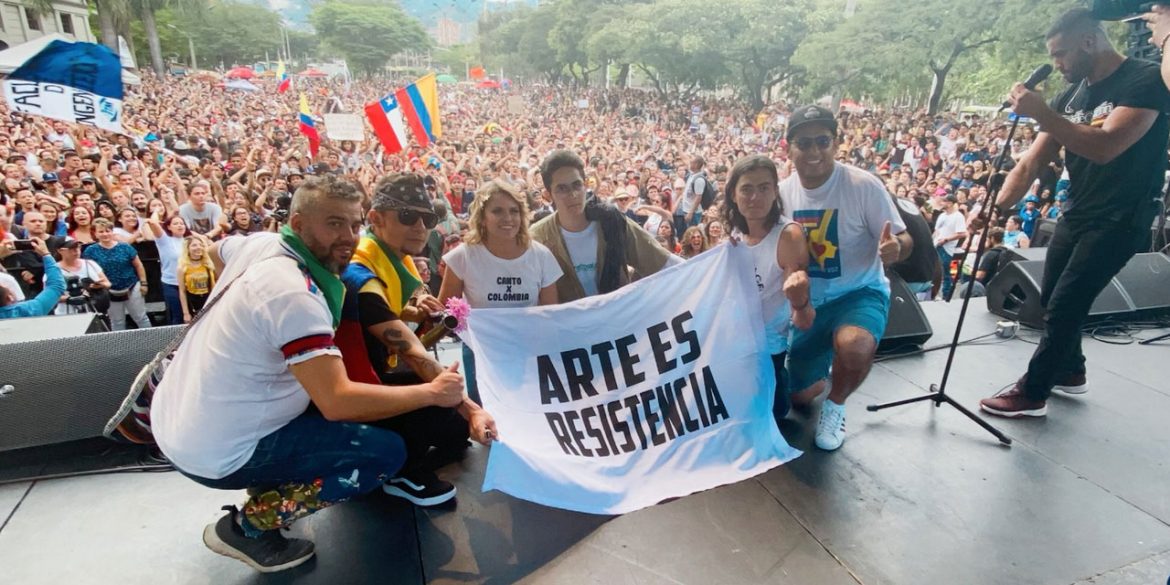 A concert against the government of Colombia’s President Ivan Duque drew thousands on Sunday, reviving anti-government protests that began more than a month ago.

The “Medellin Resists by Singing” concert was organized after an anti-government performance in Bogota drew tens of thousands earlier this month.

Following the Bogota festival, actor Santiago Alarcon hatched the idea to organize a similar concert in Medellin, to remind the government that in Colombia’s second largest city also, support for an ongoing national strike is alive and well.

The idea was welcomed by both music fans and musical acts, who began collecting money online to organize the concert, and with success.

The concert drew many thousands and left a clear signal that support for the leaders of the national strikes is unwavering, despite violent repression and the government’s refusal to negotiate the demands of the strike leaders.

Those attending the concert also wanted the rest of the country to know that “Antioquia isn’t [former President] Uribe,” whose main power base used to be from his home province and its capital.

Support for Duque’s far-right political patron has been waning for a while and has plummeted during the protests he vehemently opposes.

The strike leaders demand far-reaching economic and peace policy changes from Duque, whose approval rating has plummeted while support for the protests remains high, according to Gallup.

With Christmas and New Year around the corner, the strike organizers have not called any new strikes, but artists and students have successfully maintained support.

Meanwhile, the government has embarked on a media offensive in an attempt to discredit the strike leaders’ demands and diminish their support, but without apparent effect.