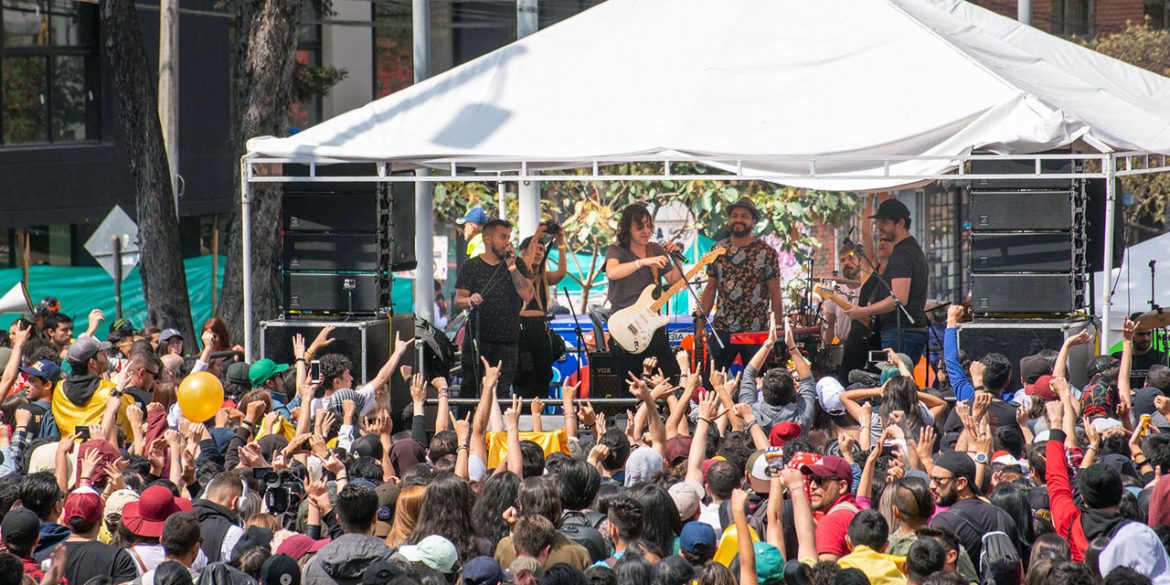 In support of Colombia’s anti-government protests, top musicians turned the capital Bogota into the venue of one of the biggest music festivals of the year on Sunday.

Top acts like Bomba Estero and Systema Solar, supported by some 60 other musicians and bands, filled the country’s main avenue and a number of parks with music.

The concerts and street tour drew tens of thousands of people people on the 18th day of anti-government protests that have sunk the approval rating of President Ivan Duque.

The musical acts announced the so-called “Song for Colombia” event on Thursday as the musicians’ attempts to contribute to the protests and strikes that have been taking place throughout Colombia since November 21. 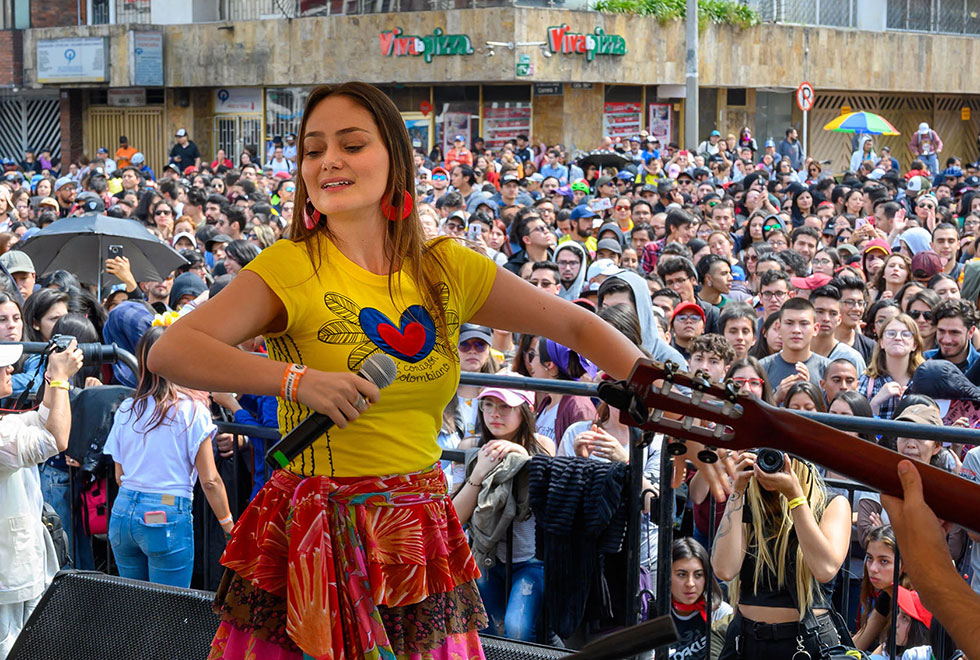 Stages were erected in multiple parks and squares in the west of the city while a truck drove bands over the the city’s main 7th Avenue.

The concerts and truck tour filled the streets in the latest peaceful attempt to convince Ivan Duque to drop what national strike organizers call his “Great Package” of controversial tax and labor reforms.

While the musicians were organizing their musical contribution to the protests, strike organizers were meeting to define new strike dates to convince the government to negotiate their demands.

The Duque administration initially refused to talk to the strike organizers and currently is refusing to negotiate any demands, the president said on Friday.

In the meantime, protests have been going on unabated while, according to pollster Gallup, Duque’s approval rating has sunk to 24% and disapproval of the president reached 70%. 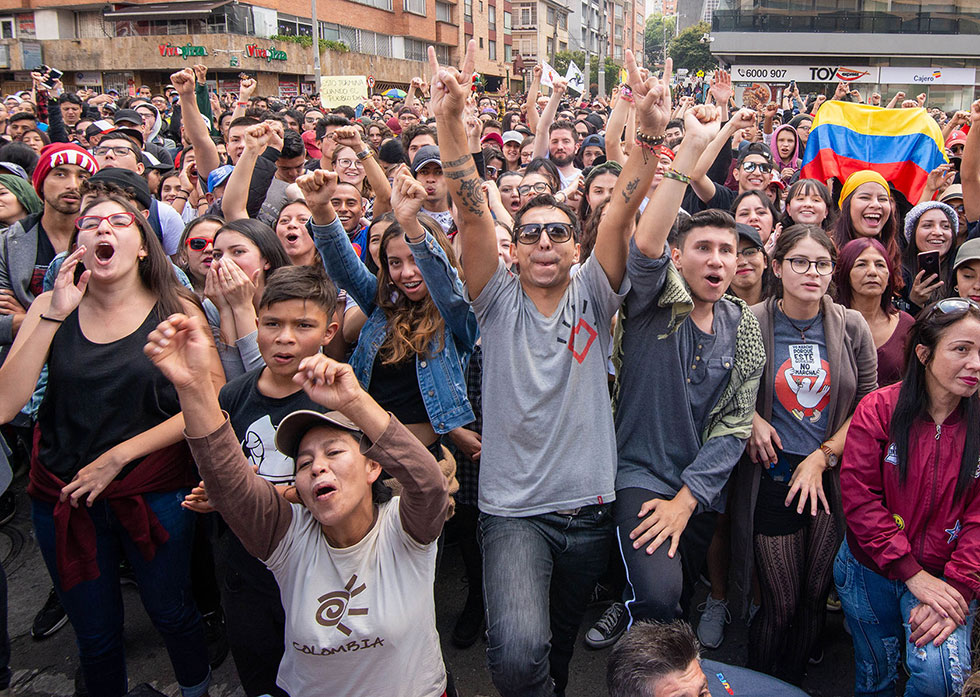 The intensity of violent repression of the peaceful protesters has gone down after a policemen murdered a protester in the early days of the protests.

Arbitrary arrests of journalists reporting on human rights violations, however, have skyrocketed to levels never seen before, according to press freedom foundation FLIP.