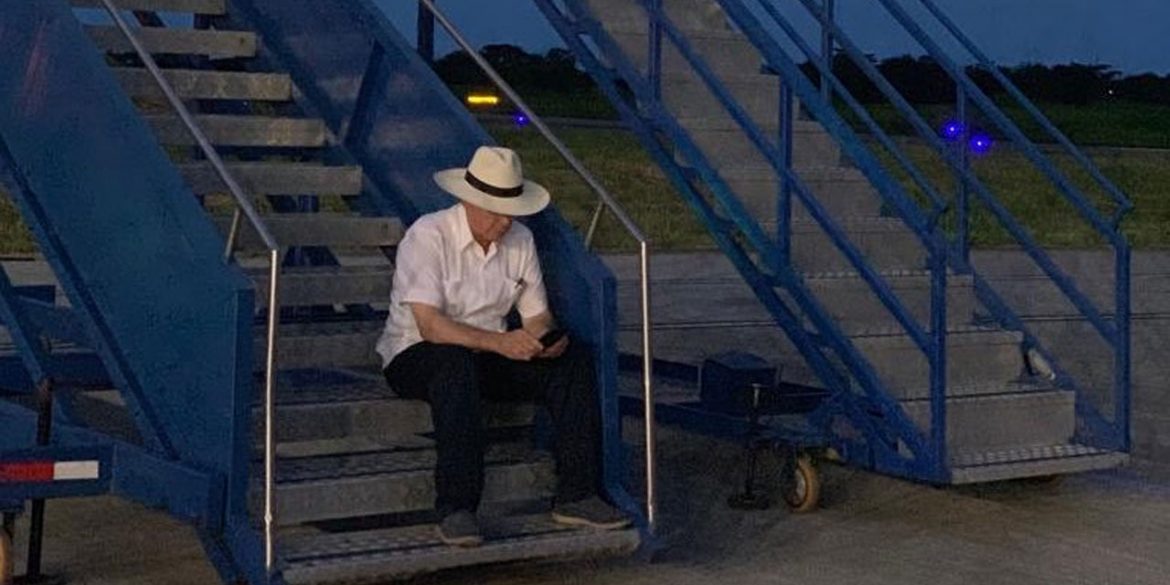 The far-right politician is campaigning with local and regional candidates of his Democratic Center party while his lawyers try to keep him out of prison.

This doesn’t seem to be working out very well.

Even in his home province Antioquia, the stomping ground of “Uribismo,” the former president is confronted with young people shouting “assassin” and “paraco” at him.

“Tell me something new”

As his fraud and bribery trial progresses, the protests are becoming so regular that they are increasingly agitating the once revered Uribe.

“Tell me something new and imaginative!” Uribe shouted back at protesters in Marinilla, a town 10 kilometers from his estate in Rionegro on Sunday.

Uribe’s trial is increasing suspicions that the Uribe family founded the Bloque Metro, the paramilitary group that committed a massacre in Marinilla in 2001 and left 4,000 victims in Antioquia.

Additionally, Colombia’s peace process can increasingly count on the active support of young people who the 67-year-old former president is unable to reach.

In Marinilla, for example, Uribe shouted at the protesters they were telling him the same as Venezuela’s late leader Hugo Chavez. Sunday’s protesters were no older then 14 when he died in 2013.

The good old days are over

Colombia’s former president has been summoned to appear in court in two weeks and may  well be in jail when Colombia takes to the polls on October 27.

President Ivan Duque, Uribe’s protege, is widely considered the worst president in recent memory. His approval rating sunk to around 30% almost immediately after he took office in August last year and hasn’t improved.

Uribe’s disapproval rating reached an all-time high in August, before his fraud and bribery trial began. The former president and his party have tried to politicize the trial, but without much success.