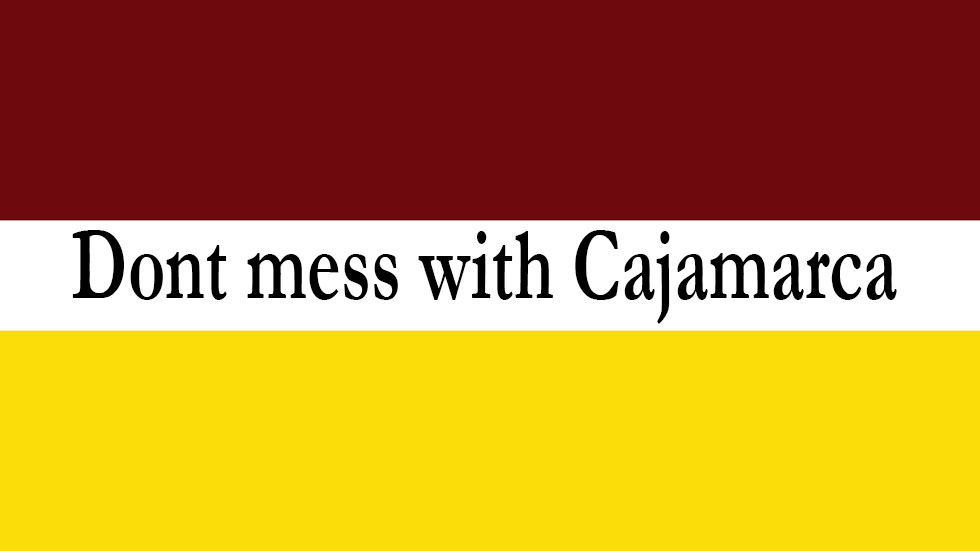 South African mining giant AngloGold Ashanti announced Thursday it has given up on plans for the world’s largest open-pit goldmine in central Colombia’s Cajamarca after the town almost unanimously voted to ban mining.

The suspension is a major setback for the mining company that has been preparing to dig the world’s largest open-pit gold mine from a mountain near the town since 2002.

The company had been preparing the “La Colosa” project when in March, 98% of Cajamarca’s voters said “No” to mining in their municipality.

While AngloGold initially said a “No” vote would not affect its operation, the almost unanimous opposition forced the company to “accept the expressed position of the community.”

According to the South African company, it would not pursue any mining in the Tolima province “until certainty is granted to mining activity in the country and Tolima.”

After 14 years of AngloGold Ashanti’s presence in Tolima, mining project La Colosa, that is still not in its exploitation phase, has spent years without significant progress. Multiple reasons ranging from institutional, to political and particularly social considering the recent referendum, obligate us to take the unfortunate decision to end all activities at the project and with it the employment and investment, until certainty is granted to mining activity in the country and Tolima.”

AngloGold Ashanti’s statement is a major victory for Cajamarca that had been told by the national government their vote was irrelevant.

Colombia town vote to ban mining ‘does not change the law’: minister

Cajamarca’s historic vote and the mining giant’s decision not to challenge it are another nail in the coffin of Colombia’s mining industry.

Never before has a Colombian municipality banned controversial mining practices from its territory, effectively ending whatever mining titles may have been granted by the national mining agency, which has been bordering the absurd in the Tolima town. 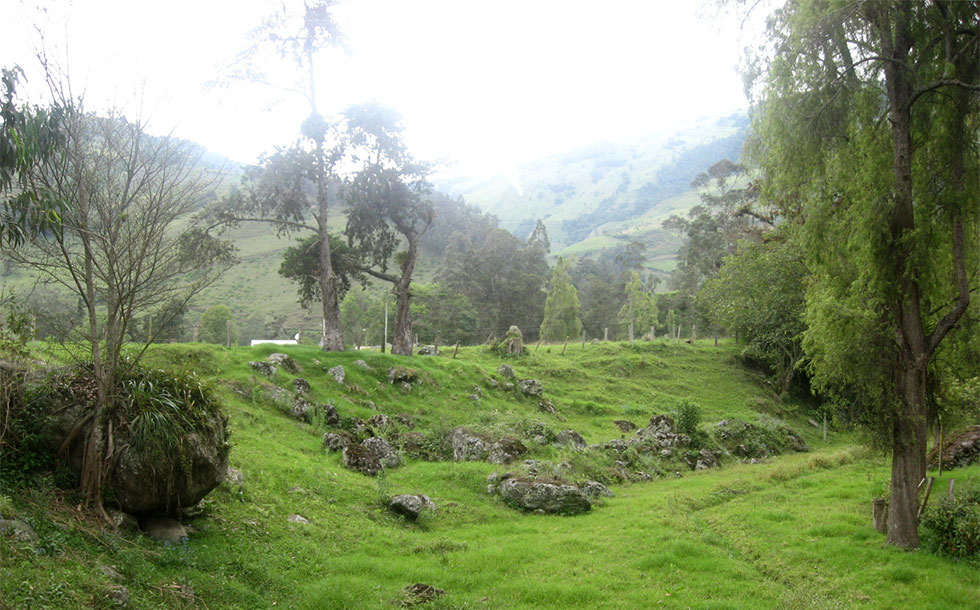 In Cajamarca alone, mining companies obtained titles for almost 86% of the municipality’s entire territory. More than 80% of these titles cover protected forest area. All these titles must now be nullified by the city council. 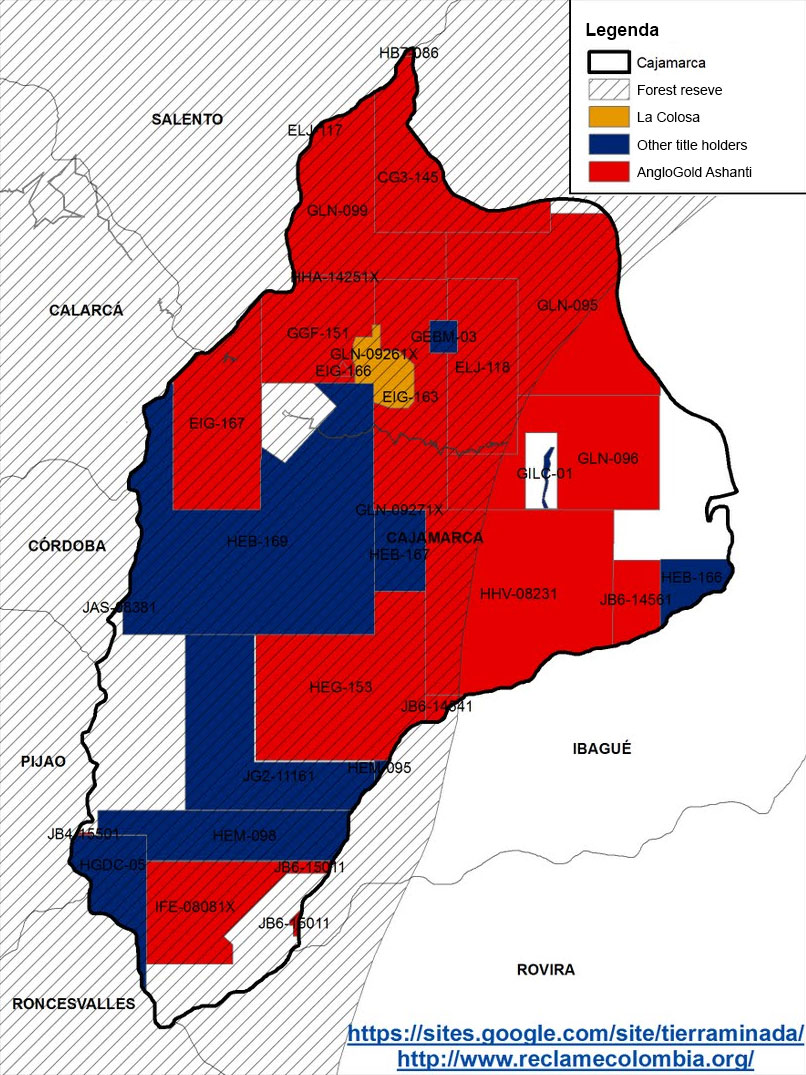 While Calamarca may have avoided becoming the world’s largest gold mine, the town has created a problem of epic proportions for the national government, which could be sued before an international tribunal if the state is accused of having breached a trade-agreement-protected contract with a private foreign company.

This could not just cause a AngloGold Ashanti vs. Colombia case, but a downpour of lawsuits against the nation.

A domino effect of Sunday’s vote in Cajamarca is possible, because while mining has been profitable for the fossil fuel industry, Colombia’s national government and foreign investors, most of the areas where mining has taken place have seen more losses than gains. While large communities remained poor, they were left with a mining-destroyed environment.