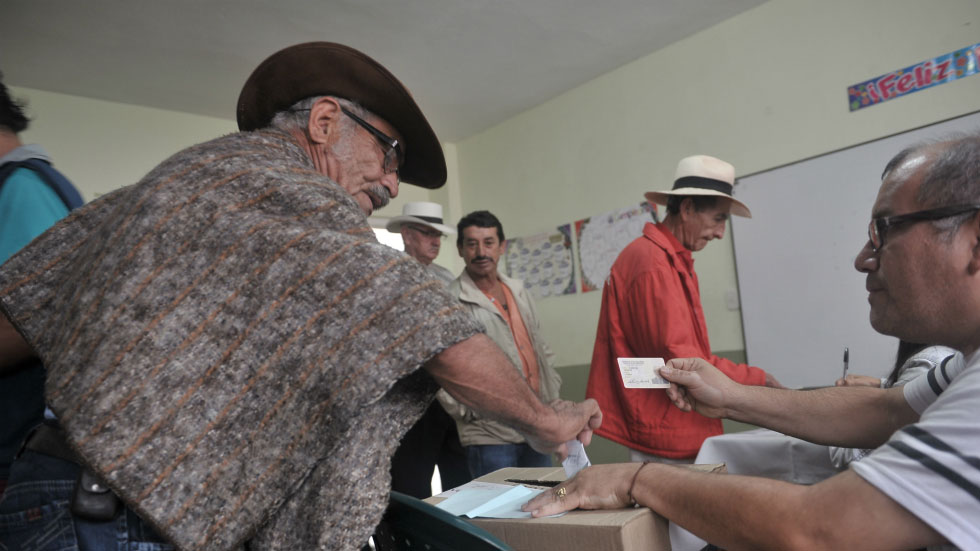 In a historic vote, a central Colombia town banned plans to build what would be the ‘world’s largest open pit goldmine,” creating a major stand-off with multinational mining giant Anglo Gold Ashanti, which has said it would advance the project.

The Colosa project in Cajamarca, Tolima was South African mining giant AngloGold Ashanti’s biggest bet in Colombia, until Saturday when the local population banned all mining from its territory in a landslide vote.

According to the National Registrar, 6,165 townsmen voted “No” to all mining exploration and excavation activities. Only 76 people voted ‘Yes’.”

The vote obligates the town council to formally ban all mining activity from the municipality.

Never before has a Colombian municipality banned controversial mining practices from its territory, effectively ending whatever mining titles may have been granted by the national mining agency.

Ahead of the vote, Anglo Gold said a “No” vote would have “minimal” effect, claiming the referendum only applies to future titles, while the company had already been exploring since 2002, reported newspaper El Espectador.

Judicial experts, however, said the mining company was wrong, primarily because business deals do not transcend state decisions. If an activity is prohibited by law, it becomes illegal activity.

Additionally, “they don’t have an environmental license to carry out exploration activities. If ‘No’ wins in the popular vote, it would be absurd if the company were to continue the project,” Dejusticia expert Diana Rodriguez told the newspaper ahead of the vote.

While the town may have avoided becoming the world’s largest gold mine, it has created a problem of epic proportions for the national government, which could be sued before an international tribunal dealing if the state is accused of having breached a contract with a private foreign company.

This could not just cause a AngloGold Ashanti vs. Colombia case, but a downpour of lawsuits against the nation.

A domino effect of Sunday’s vote in Cajamarca is possible, because while mining has been profitable for the fossil fuel industry, Colombia’s national government and foreign investors, most of the areas where mining has taken place have seen more losses than gains. While large communities remained poor, they were left with a mining-destroyed environment.