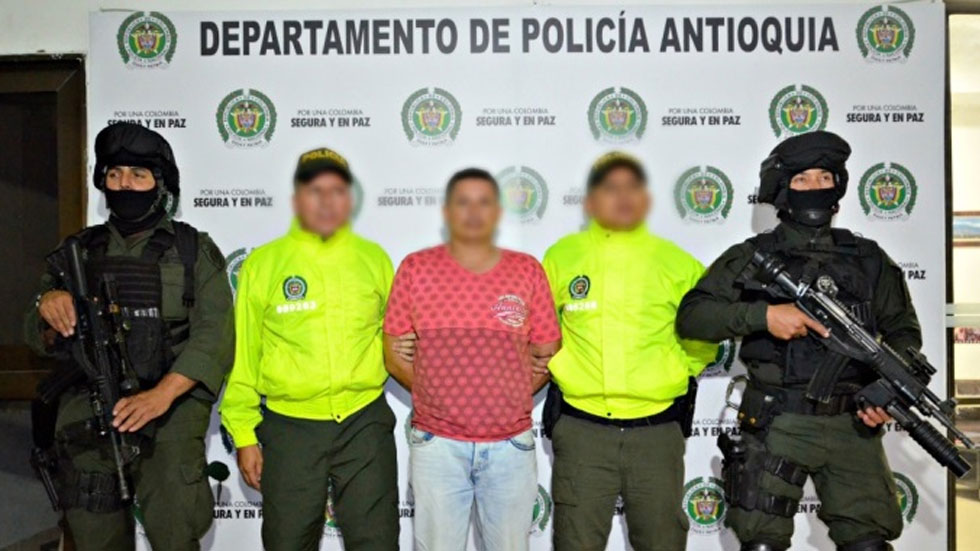 The arrests were reportedly made in an operation carried out by both the police and the national army as part of Operation Agamennon II that seeks to end the drug trafficking paramilitary group’s control over northeastern Colombia and arrest its leader, dissident AUC mid-level commander “Otoniel.”

The latest arrests were made in Carepa, Antioquia, located in the heart of the group’s stomping ground, the northwestern Uraba region.

Among those arrested is the 26-year-old Isaac Tuberquia, a.k.a. “Diego,” who has been accused of ordering the assassination of a policeman in San Roque, a town in the east of the province.

Judicial authorities ordered the arrest of the alleged AGC ringleader two weeks ago.

The AGC is considered Colombia’s largest drug trafficking organization after it was formed in 2006 at the end of the fraud-stained demobilization process of paramilitary umbrella organization AUC under former President Alvaro Uribe, whose brother is in prison for allegedly forming a paramilitary group like the AGC in the early 1990s.

Attempts to effectively dismantle the AGC is part of a nation-wide offensive against mainly paramilitary and guerrilla drug trafficking organizations that is supported by the United States as part of “Peace Colombia.”

Peace Colombia is a joint US-Colombian strategy to both support an ongoing peace process with the recently disarmed Marxist rebel group FARC, and curb drug trafficking, which has fueled armed conflict and political violence in Colombia since the late 1970s.

The AGC, which has claimed to have 8,000 members, has been accused not just of drug trafficking, but also the assassinations of social leaders and corrupting state officials, primarily in Antioquia.

The group was formed by “Don Mario,” allegedly at the orders of the presumed dead Vicente Castaño, one of the founders of the officially dismantled AUC.