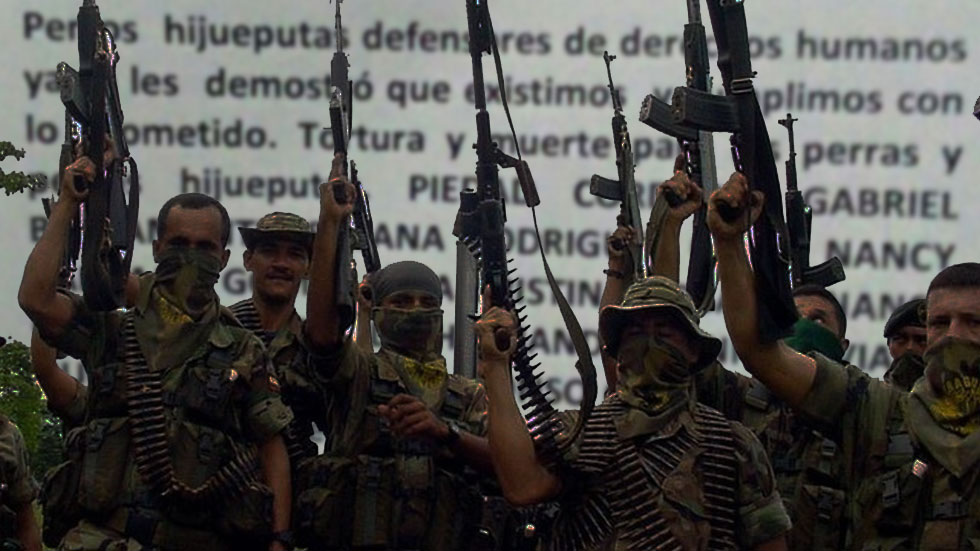 With the demobilization of the FARC underway, Colombia has vowed to combat the guerrillas’ rival paramilitary and crime groups that for decades have influenced society and politics.

Amid increasing pressure to comply with commitments made in a peace deal with the Marxist guerrillas, the administration of President Juan Manuel Santos has gone into overdrive to fulfill its obligation to dismantle “paramilitary successor groups.”

There is one agreement in the deal of particular importance to Colombia’s demobilizing rebels and social leaders on the left: the state will fight against and dismantle the sometimes decades-old paramilitary networks that have stretched everywhere from Colombia’s most populated cities to its most remote corners.

The agreement stipulates the formation of a combined “Police and Prosecutor Unit” that will “investigate, prosecute and convict” criminal organization and paramilitary successors responsible for systematic violence or “threats and attacks” against anyone who participates in the implementation of the peace process.

Letter of the Aguilas Negras

Letter to the people of Cauca and Colombia, May 07 of 2017. The joint command of our armed organization with the aim to defend the interests of this great country, free and sovereign for not allowing the terrorist propaganda about converting our country with a Castro-Chavista agenda. Again we raise our voice of protest against those organizations associated with Castro-Chavism like the ACIN, indigenous of the north, who on numerous occasions are shielded as human rights defenders, trying to confuse Colombian society with its cheap discourse.

Letter from the “Aguilas Negras.”

One of the government’s measures is the formation of an Elite Police Unit “exclusively” focused on investigating paramilitary and crime organizations that have been the country’s main human rights violators for years.

The Elite Police Unit, which will be formed within two weeks, will be dedicated to taking down paramilitaries in the areas of the country where the FARC once maintained control.

“We are going to combat with diligence and effectiveness all those who threaten the security of social leaders.” said Santos following an announcement with the Police on the formation of the Unit. 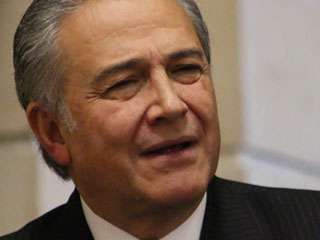 Like the Puntilleros, the AGC dissented from the demobilizing AUC paramilitary umbrella organization in 2006 and have since overtaken much of the AUC’s businesses and have members and associates throughout state institutions.

In fact, Colombia security forces haven’t engaged in a manhunt of this scale since before the 1993 death of drug lord Pablo Escobar, also a former congressman.

The National Police will have 2,500 police officials trying to combat the country’s largest paramilitary group that controls most drug trafficking and other criminal activities along the Pacific coast.

Two of the targeted groups, the Gaitanista Self-Defense Forces of Colombia (AGC), and the “Puntilleros,” were designated Call A Armed Groups in 2016, meaning they can also be the target in air strikes that proved crucial in reducing the FARC from 20,000 15 years ago until 7,000 when they demobilized.

The government estimates that all groups combines have some 7,700 men in arms and a few thousand more collaborators.

The effective prosecution of illegal armed groups and their associates in business and politics is another bottleneck Santos hopes to tackle to effectively dismantle the paramilitary networks.

To achieve this goal, the Prosecutor General’s Office has been reorganized to create a Special Investigation Unit to specifically dismantle “organizations and criminal enterprises responsible for murder and massacres.”

The unit will work in tandem with the Elite Police Unit. The members of both teams will be trained with historical knowledge on the “paramilitary phenomena,” as well as in-depth intelligence on the various groups operating across the country.

While the FARC has accused the Prosecutor’s General Office of having had connection with the paramilitaries in the past, representatives met with Prosecutor General Nestor Humberto Martinez to discuss how to dismantle the illegal armed groups.

The FARC called for an independent judicial unit to prosecute the paramilitaries, but Martinez said the unit couldn’t be a “loose wheel,” announcing it will be under his direct command. Together, the Prosecutor General and the FARC reached an agreement to create a judicial framework to more effectively dismantle the AUC successors and similar violent actors.

We want an entity with less fat and more muscle, less administration and many more prosecutors and investigators.

The Judicial Unit will go after paramilitary successor groups as well as businessmen and state officials allied with the illegal networks. If the Investigation Unit finds evidence connecting a public official to an illegal armed group, they will immediately be stripped of their position in government, Martinez said.

Periodically, the unit will report to the so-called National Commission on Security Guarantees, a newly formed high-level government entity charged with ensuring the successful outcome of the Police-Prosecutor Unit in taking down paramilitary networks across the country.

Paramilitaries: a long and bloody story

Colombia’s paramilitary phenomena is older than the Marxist-inspired FARC rebels who celebrated their 53rd anniversary and their last in arms  last week.

The country’s first paramilitary group similar to those today rose in the 1950 during a decade of war between the Liberal Party and the Conservative party.

Anti-communist paramilitary group grew particularly in the 1960’s after US military advisers had been sent to Colombia in order to contain a growing presence of communist-stirred popular unrest opposing the elite rule at the time.

Led by Gen. William P. Yarborough, the advisor team recommended that the US select counter-insurgents among civilian and military personnel who would  “execute paramilitary, sabotage and/or terrorist activities against known communist proponents.”

By the mid-1980s, so-called “self-defense” groups, in collusion with the military and large land-owners had taken on a prominent role in Colombia’s armed conflict, as well as become major drug trafficking organizations. In 1997, the country’s many paramilitary groups coalesced into the “United Self-Defense Forces of Colombia (AUC).”

While the AUC committed massive human right abuses — by 2000 the groups committed one massacre every two days — the organization benefited from extensive ties to Colombia’s political powerhouses, commonly known as “parapolitics,” and businesses, a practice called “para-economics.”

Former President Alvaro Uribe formally dismantled the AUC between 2003 and 2006, but the paramilitary phenomenon promoted in the 1990s by the hard-right Uribe never went away.

Instead, dozens of mid-level commanders from the AUC dissented, recruited other demobilizing fighters and started a new generation of paramilitary groups.

To avoid the groups from legitimately requesting insurgency status and to downplay the groups’ infiltration in the state system, the government continues to deny the existence of paramilitaries.

The most prominent paramilitary group in Colombia today is the Gaitanista Self-Defense Forces (ACG), also known as “Los Urabeños.”

In addition to other lucrative operations such as illegal mining and extortion, this group now claims a majority share of Colombia’s $1 billion per year drug trafficking business and has corrupted politics exactly like its direct predecessor, the AUC.

Peace and rule of law in the balance

Taking down the paramilitaries could be critical the fate of peace in Colombia now the largest rebel group is demobilizing and the last standing group, the ELN, in engaged in peace talks with the government.

One of the main goals of the peace deal is to curb rural poverty and return land to millions of displaced farmers whose land have since changed owner on a massive scale.

Since the beginning of the peace process, 35 social and community leaders have been assassinated, the majority of whom by alleged members of paramilitary groups, some tied to local politicians, some over land disputes.

The peace process, supported by the United Nations, the United States and the European Union, seeks to end more than half a century of political violence and armed conflict, but is under major stress, partly because of the both political and armed opposition.