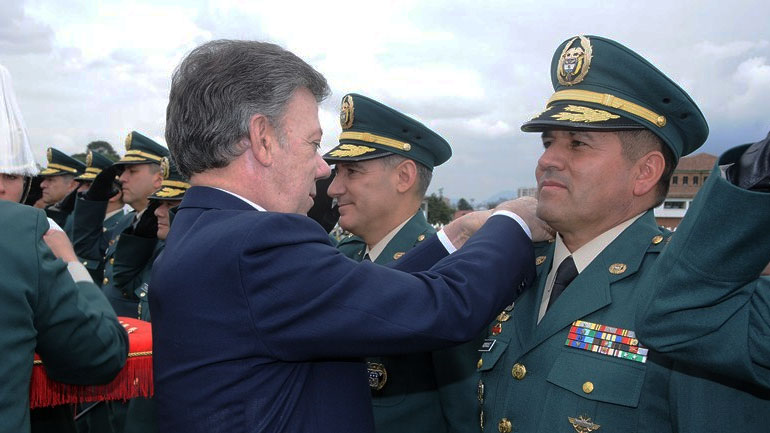 The Washington Office on Latin America (WOLA), a US think tank, sent a letter to Colombia’s Defense Ministry on Wednesday protesting the pending promotion of military officials accused of war crimes.

In the letter, WOLA stressed that the seven military commanders awaiting promotion are “either under investigation, awaiting trial, or facing allegations that they oversaw appalling human rights violations.”

The officials’ promotion would “send a perplexing message at a sensitive time” for the country that is currently in a process to make peace between the state and leftist rebel groups FARC and ELN.

“Colombia is finally nearing an end to its decades-long armed conflict, and is holding more and more human rights abusers accountable, but promoting these officials without first letting the criminal justice system do its work would represent a setback,”said WOLA’s Adam Isacson in the letter to Defense Minister Luis Carlos Villegas.

“We had all hoped that Colombia’s armed forces were putting this sort of thing behind them. That’s why these nominations are so perplexing,” Isacson added.

Instead, “these promotions reinforce the perception that Colombia’s armed forces are more interested in defending their own interests rather than guaranteeing accountability for human rights violations,” said WOLA’s Gimena Sanchez.

The officials awaiting promotion while alleged to be involved in war crimes are:

The promotion of military commanders with an allegedly shady past has been relatively common in Colombia.

Human Rights Watch released a report in June last year in which it accused the current Armed Forces commander, General Juan Pablo Rodriguez, of being implicated in dozens of civilian killings.

Between 2002 and 2008, the military executed thousands of civilians. These victims were then registered as guerrillas killed in combat, effectively inflating the military’s apparent success in fighting rebel groups like the FARC and ELN.

Some 22 generals have since been subject to investigation over the euphemistically dubbed “false positives scandal.”

In total, the Prosecutor General’s Office has criminal cases against 24,400 state officials accused of conflict-related crimes and war crimes.

The country’s government is currently formally negotiating peace talks with Colombia’s largest rebel group, and has been holding preliminary talks with the ELN, the second guerrilla organization.