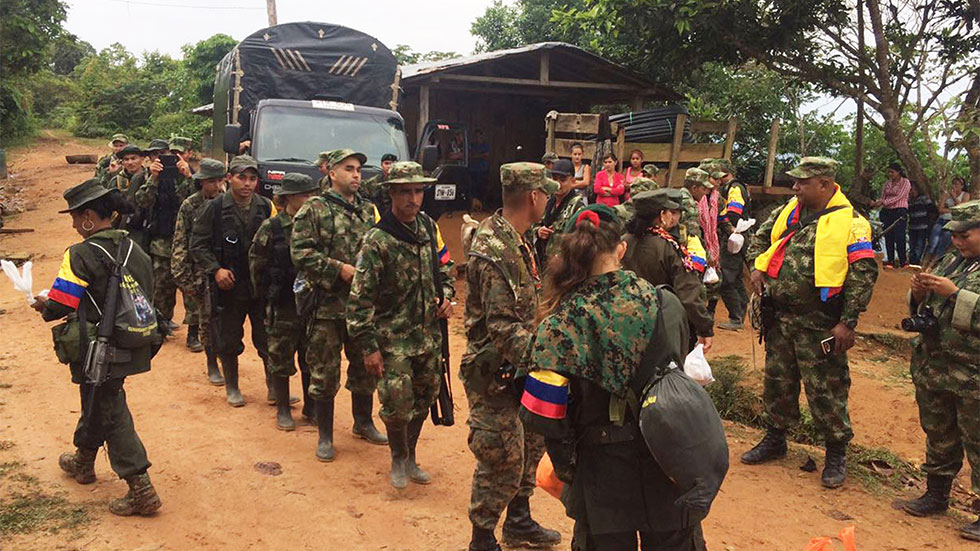 1300 FARC guerrillas yet to demobilize

Of the approximately 6,300 guerrillas of Colombia’s largest rebel group FARC that were expected to demobilize this week, some 1,300 have not yet entered the camps where they would demobilize and disarm, according to the verification authority.

The verification authority, consisting of delegates of the government, the FARC and the United Nations, presented progress made after weeks of delay in the preparations of the camps where many demobilized guerrillas will be staying the coming six months.

According to newspaper El Tiempo, no guerrillas have arrived in four of the 26 camps three days after the passing of the January 31 deadline.

However, the same newspaper reported earlier that guerrillas had already arrived in La Carmelita, one of the four camps.

A camp in San Jose del Guaviare has not yet been built due to extreme rainfall, disallowing guerrillas to enter.

The two remaining camps in Mesetas, Meta and San Jose del Guaviare, lie in territory under control of a dissident FARC front that had already notified not to take part in the peace process.

According to Defense Minister Luis Carlos Villegas, some 80% of the FARC’s guerrillas are currently in the so-called ZVTN camps where they will demobilize and disarm and from where heavy weaponry and explosives from the jungles will be recovered.

A logistical chaos in the preparation of the demobilization camps and ongoing report of desertions is making it almost impossible to estimate how many of the FARC’s members will demobilize.

However, the most recent numbers indicate only 6,200 FARC members will take part in the DDR process, leaving questions about the remaining 11,300 rebels.