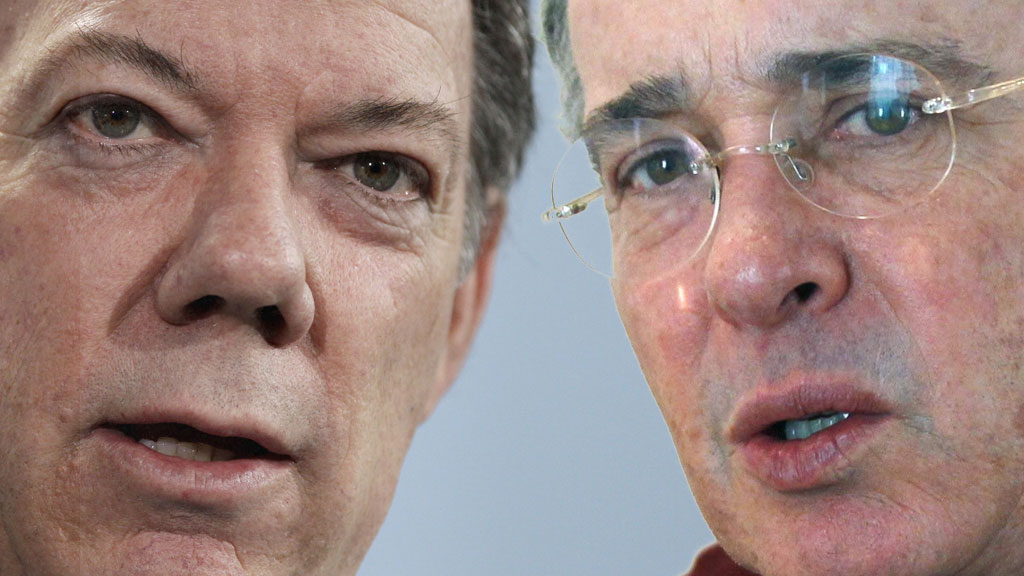 The Colombian government called former President Alvaro Uribe “a patriot” on Wednesday, opening speculation as to the opposition leader’s future involvement in efforts to end the country’s half-century-long conflict.

Uribe met with the Minister of the Presidency Nestor Humberto Martinez on Wednesday for a meeting to expose their differences, in the first discussion of its kind since the installation of the second government of President Juan Manuel Santos.

“The former President Uribe does not oppose peace; in Colombia there are no enemies of peace,” Martinez subsequently said, who hours earlier stated, “Uribe is a patriot,” according to Semana.

However, Uribe gave no sign that he is to drop his fierce opposition to the peace talks that have been ongoing in Havana between the Colombian government and rebel group FARC since November 2012.

Uribe and his party have consistently claimed that the peace talks unjustly legitimize the FARC as a political actor while undermining justice for the thousands of war crimes committed by the rebels in their 50 years of existence.

“The differences within the issue of peace are very large,” stated the Democratic Center Party leader on Wednesday, who described the two-hour-long meeting as positive and cordial, according to Colombian news source La FM.

“I reiterated that prison is necessary for those who are responsible for heinous crimes, and that a cease of criminal activities from the guerrillas is urgent,” the former president explained, adding that this “could lead to a breakthrough in the dialogues.”

Uribe further stated “I only told Minister Nestor Humberto what I have said about the issues previously.”

Wednesday’s meeting opens speculation that Uribe could be willing to engage in dialogue with other members of the political community as a member of Santos’ peace commission, created March 10.

Rather than accepting the President’s invitation to be part of the commission to advance the talks, Uribe announced last month that his party would create its own peace commission that will be in touch with conservative members of the presidential commission, the international community and independent advisers to the talks like former UN chief Kofi Annan.

Despite this, the door has been left open for Uribe to play a leading role in the process.

“We would welcome the Democratic Center take a seat on the Advisory Committee of Peace, it would be very positive for the country,” Martinez said following the meeting.

The government’s idea is to maintain the political dialogue with all sectors, especially when it is said that the peace process has reached the “decisive stage.”

Former head of state Uribe used the meeting to reiterate to Martinez his criticisms in other areas, according to Blu Radio.

“I repeated to him — of course with great respect — all the concerns we have for the economy, private businesses, public order and the armed forces, due to the situation in Havana,” said Uribe.

“I told him that this pending project is doing no good,” Uribe added.