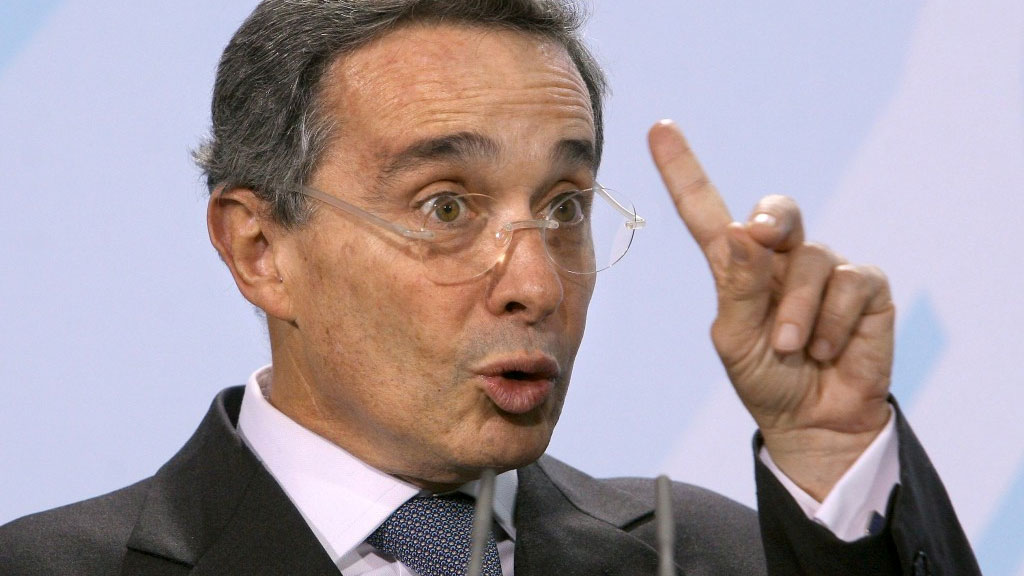 Top Colombian military officials traveled to Cuba to aid other senior officials in the ongoing negotiations with the rebel group FARC, Santos announced on Monday.

The aim of the military subcommittee attending the peace talks is to find the path towards a bilateral truce with the guerrilla group. This could put an end to the armed conflict that has spanned over half a century.

In an interview with Medellin newspaper El Mundo, Uribe described the impacts of Santos’ decision to send the officials as “the most severe.”

“The armed forces have been put on the same level as terrorists. Now they are forced not to complete their task of providing security to citizens, but to be interlocutors of terrorism.”

The ex-president, a fierce critic of Santos, said that the support of the international community towards the peace process is only because it is “misinformed.”

With respect to Spain’s support of Santos, Uribe added that Madrid “supports everything.”

“When I was president, they also supported the democratic security policy, and supported it with joy,” he told El Mundo.

Uribe also lashed out at Venezuela, with the accusation that the country has a “dictatorship that has been complicit with the terrorists of the FARC.”

He noted a “change” in Santos, from being the “main critical journalist in Latin America” against the Venezuelan dictatorship, to being its “main legitimizer.”

“Now no one dares to disagree for fear that it will affect the peace dialogue, because the FARC and this dictatorship are complicit,” Uribe insisted.

The Colombian ex-president is convinced that “terrorism is reassembled and exercises control in some regions of the country.”

Uribe, a staunch conservative, has long claimed that Venezuela’s socialist governments have helped the FARC in its 50-year-long attempt to overthrow the Colombian government.

The group has been negotiating an end to this conflict with the Santos administration since 2012. Venezuela has supported this process.

The warring parties have so far agreed on a far-stretching rural reform, political participation for the guerrillas and non-violent leftist groups, and the rebels’ abandoning of drug trafficking.

In the event the military subcommittee agrees to reciprocate a unilateral ceasefire called by the FARC in December, this will end 50 years of non-stop violence between the guerrillas and the state.