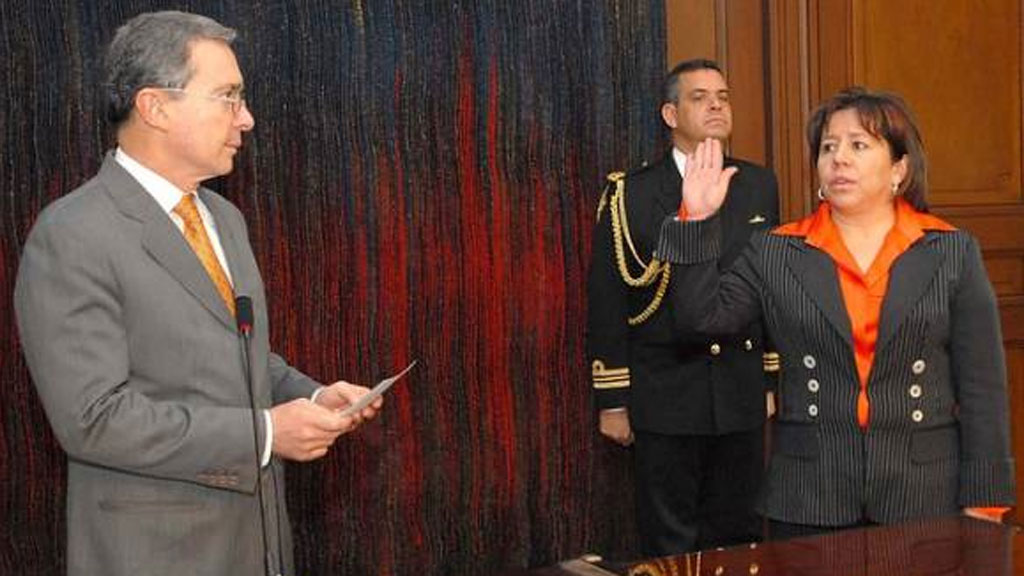 The former director of Colombia’s now-defunct spy agency DAS could receive benefits if she helps prosecutors determine whether former President Alvaro Uribe was involved in the illegal spying of the Supreme Court.

If the Prosecutor General is able to make a deal in exchange for information about the former president’s involvement, it could lead to serious charges and put Uribe’s political future in jeopardy.

She had fled Colombia to avoid facing a series of criminal charges related to her alleged role in illegal spying practices carried out by her office.

During the two presidential terms of Alvaro Uribe, the DAS had been spying on Supreme Court magistrates, politicians, journalists, and both national and international human rights groups.

Hurtado has been named as one of the masterminds between the political persecution practices and allegedly delivered the illegally obtained intelligence directly to the Presidential Palace. 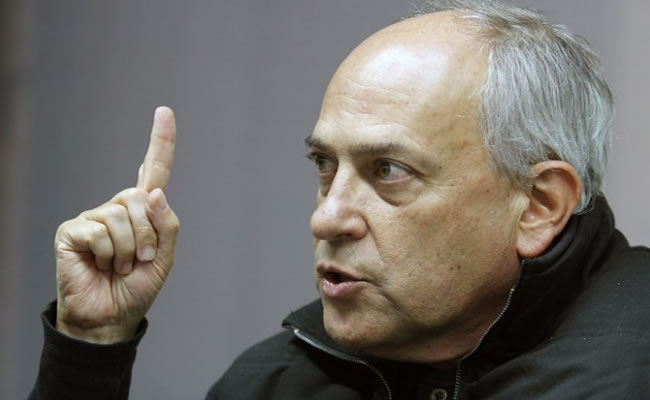 However, as of Monday, questions have also been raised over the involvement of the Senator of the Democratic Center party Jose Obdulio Gaviria, a cousin of slain drug lord Pablo Escobar who was also the presidential adviser to Uribe and considered the strategist behind many of his ideas.

Deputy Prosecutor General Jorge Perdomo said that the investigation, which is based on records between 2007 and 2008, “was able to establish the possible participation of Jose Obdulio Gaviria.”

Gaviria, one of Uribe’s most loyal aides, has been suspected of involvement for years, but none of the suspicions have previously led to a formal investigation.

Due to the fact that Gaviria is now a Senator, prosecutors can no longer conduct an investigation themselves and must pass the case on to the Supreme Court, the same court Uribe and Gaviria allegedly spied on.

In an interview with Blu Radio, the Deputy Prosecutor General said that one of the “big questions” in this research “is whether there was participation of former President Alvaro Uribe Velez.”

Prosecutor General Eduardo Montealegre ordered his group of advisers on Friday to review existing legislation to see if it would be possible to negotiate benefits with Hurtado in return for information about who else was involved.

Although the court case has ended, which would normally render a bargain obsolete, there has yet to be a conviction. Therefore the Prosecutor General has suggested some measures to ensure Hurtado’s collaboration and perhaps gain the information they need to prosecute others involved.

Montealegre invited the former head of the DAS to “collaborate with justice” at a press conference on Saturday and said that “there is still opportunity to initiate collaborative mechanisms.”

The aim of these collaborative measures is for Hurtado to “tell the prosecutor who gave the order for these illegal interceptions and who were the recipients within the State.”

While lower-ranked former DAS officials have indicated that the illegally obtained information on anyone who “interrupted the governance of Uribe” was meant for the former president, Hurtado has so far stayed silent on the question of whether the former president should be directly implicated.

Reports on illegal wiretaps were meant to inform Uribe: Witness

Nevertheless, Congress has been investigating the former President’s role in the illegal wiretapping since early 2013.

With the arrest of Hurtado, two of the three DAS directors appointed by Uribe have been incarcerated.

In a statement published in a series of tweets, the former president denies any allegations of spying or wire tapping.

In relation to María del Pilar Hurtado,Uribe stated that “neither she nor the Presidency, nor myself ordered illegal actions.”

Uribe went on to accuse President Juan Manual Santos of “bullying” and “an escalation of torture.”

Uribe then offered a 15-stage explanation of the events that occurred according to him in an extended tweet. In the series of tweets, the former president insisted on his innocence.

Despite Uribe’s clear denial of the prosecutors suspicions, the Attorney General told Blu Radio that a deal with Hurtado may bring the case closer to the truth and may even implicate the former president.