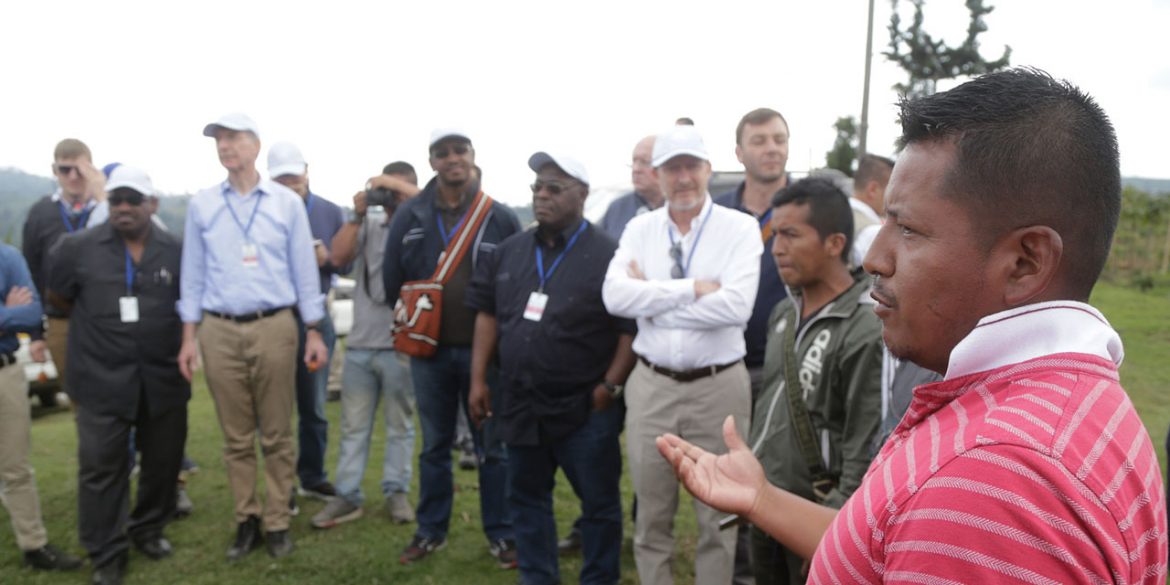 ‘We have seen and heard the challenges’ of Colombia’s peace process: UN Security Council

After meeting with state officials in Bogota on Friday, the 15 members of the security council traveled to southwest Colombia on Saturday to visit a FARC reintegration site in Caldono, Cauca.

In the municipality that has been among the hardest hit by the conflict, the ambassadors met with reintegrating FARC members and representatives of the community.

I believe that the members of the Council have a shared vision that the peace process is an objective that everyone in Colombia, at this moment, shares as a very important objective. But we also know that there are challenges and we have seen them, heard them, among others, the issue of the murders of social leaders and also the need for social infrastructure on the part of the government.

Before their trip to one of Colombia’s most notoriously violent areas, the ambassadors spent a day in Bogota during which they met with the administration of President Ivan Duque, the presidents of the different units that make up the transitional justice system and members of Congress.

The UN visit was boycotted by Duque’s far-right political party that has fiercely opposed the peace process since the beginning.

Through its mission in Colombia, the UN Security Council has been monitoring the peace process from New York since before guerrilla group FARC agreed to lay down its weapons in November 2016.

Duque asked the UN to extend its monitoring mission whose mandate was set to expire in September, a request that is likely to be granted by the council.

The peace process seeks to end more than half a year of armed conflict between the FARC and the state and is currently halfway its third year.