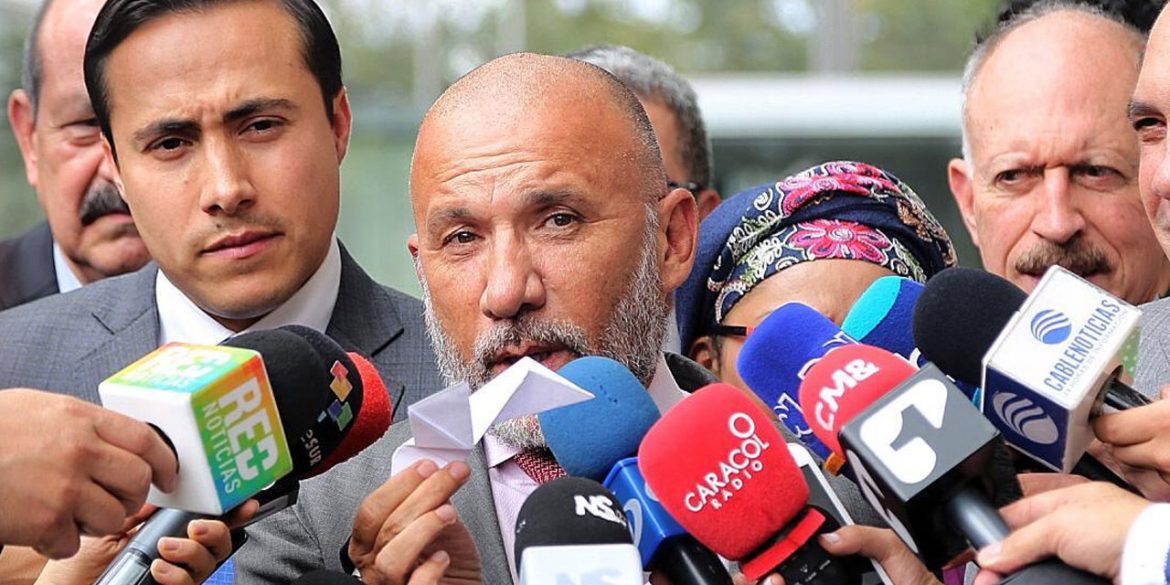 Congressmen warned the US Security Council on Friday that “dark forces” close to President Ivan Duque “are doing everything possible to make sure peace fails.”

The ambassadors of the security council met with members of Congress’ peace commissions, with the exception of members of Duque’s far-right party, the Democratic Center, that boycotted the UN visit as part of their fierce opposition to the peace process.

Following the meeting, Senate Peace Commission chairman Roy Barreras told press that the lawmakers had commended the government’s progress on the reintegration of FARC members.

However, Barreras said, Duque has fallen short on other key elements of the peace deal, particularly in regards to the security guarantees that also citizens to participate in politics and the economy.

In the meeting with the Security Council, all the voices were heard, those that we believe there is much to do, those that demand more guarantees for the lives of social leaders, for the exercise of democracy; those that believe that everything is yet to be done in regards to rural development, political reform.

The senator said he had also warned the Security Council that “dark forces” inside the state apparatus that “are doing everything possible to make peace fail” to which Duque is turning a blind eye.

Clearly there has been hostility, as well as assassinations of leaders, but also moral assassinations of the voices of peace. I have the impression that under the president’s gaze, but without him noticing, unacceptable things are happening. An example of this is the intervention of the National Intelligence Directorate to spy on peace defenders, the proliferation of new paramilitary groups and new forms of ‘parapolitics’ in the countryside.

The primary concern of Congress, where Duque’s coalition is in the minority, continues to be the ongoing killing of human rights defenders, community leaders and demobilized FARC members, Barreras and FARC Senator Victoria Sandino said.

The former guerrilla leader celebrated the continued monitoring of the peace process by UN announced by the president.

The presence of the international community, the Security Council and the United Nations agencies has been very important, and that is why we believe that they must continue to work in the countryside, especially because of the assassination of social leaders and comrades in the process of reincorporation.

The UN ambassadors, who will stay in Colombia until Sunday, also met with the presidents of the war crimes tribunal and the truth commission.

On Saturday, the 15 foreign officials will travel to one of the FARC reintegration sites to talk to demobilized guerrillas and rural community leaders to hear their perspective of the peace process that has been in progress for two and a half years.