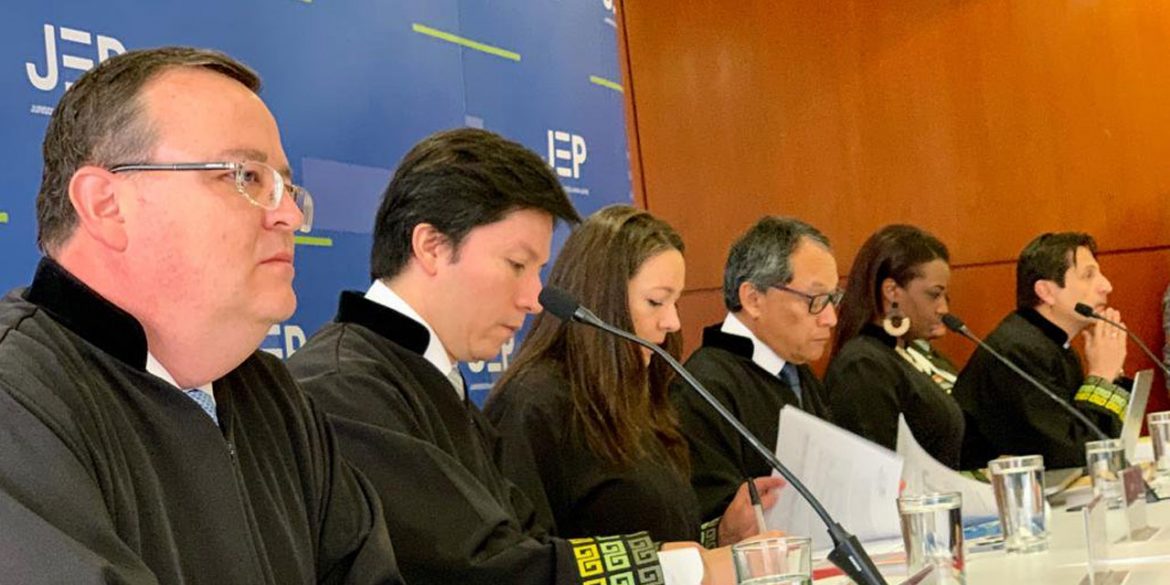 Colombia’s war crimes tribunal on Wednesday allowed victims access to the hearings of war criminals that until then were held behind closed doors.

The Special Jurisdiction for Peace (JEP) changed the regulations of the transitional court after complaints from victims who felt excluded from the judicial process in which they were promised to be central.

The new regulations allow victims to witness the voluntary testimonies of their victimizers live from a separate room and ask questions through their attorneys.

The first victim to take advantage of the new regulations was the sister of one of the thousands of victims who were murdered by the army and falsely presented as a guerrilla killed in combat.

The woman had requested to participate and witness the hearing of the sergeant who took part in the murder of her brother.

It was a privilege to be here. I know that there have been many cases like my brother’s and the fact that his is being clarified makes me feel very proud. I am pleased to see that the story is being told in a different way, because they had dishonored his name. Although it is hard to relive everything, I am relieved that the truth is coming out, I have been looking for this all my life.

Woman who’s brother was murdered by the army

The soldier who had admitted to the murder “asked us through his attorney that if the other relatives of victims found any way in which he could redress their dignity, we should let them know,” the victim’s attorney, Sebastian Escobar, told newspaper El Tiempo.

“Little by little, progress is being made in the dialogue on possible ways of reparation,” the attorney of the Jose Alvear Lawyer’s Collective said.

Initially, the court allowed war criminals to confess their crimes in closed hearings to prevent retaliations from alleged associates who could try to obstruct justice and the clarification of the truth by suing cooperating war criminals for slander or even kill them.

Taking the victims’ complaints into account, the JEP agreed to change the regulations and allow people who have directly been affected by crimes committed by the defendant to take witness the testimony and be allowed to ask questions.

According to the JEP, the amended regulation seeks to find the “a balance between the rights of victims to know the truth and be compensated for the harm suffered, and that of the defendants to due process.”

The war crimes tribunal, which has been investigating war crimes since last year, seeks to find justice for the more than 8.5 millions of the armed conflict between the FARC and the state that lasted between 1964 and 2016.

Members of the military and the FARC who engaged in war crimes are obliged to appear before the court and be allowed to stay out of prison in return for the truth and reparation for their victims.

Other war criminals, like politicians and businessmen, have until September 6 to voluntarily request to be submitted to the JEP or face prosecution before ordinary justice where they will not be allowed benefits.