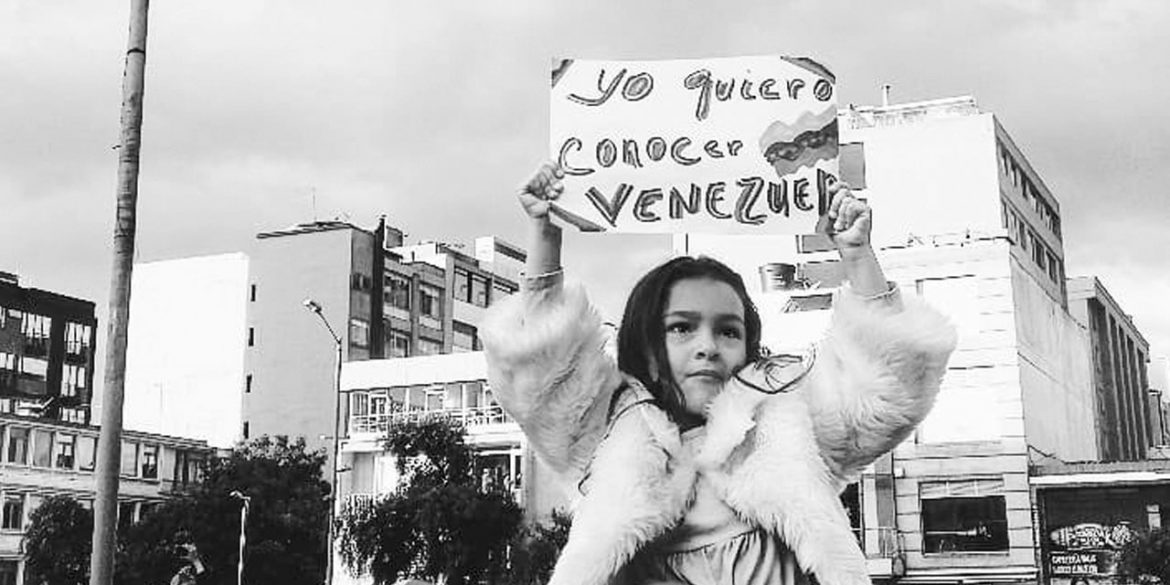 "I want to know Venezuela," the sign held up by a girl in Bogota said. (Image: Twitter)
News

Thousands of Venezuelans mobilized in Colombia’s Bogota on Tuesday to demand the resignation of their president, whose authoritarian government has come under enormous pressure.

The scene before the Venezuelan embassy in Bogota couldn’t have been more different than when Colombia’s hard-right government promoted protests earlier this month and hardly anyone showed up.

But on Tuesday, the day that opposition leader Juan Guaido declared himself acting president and called on public officials and security forces to support his call for new election, thousands mobilized in an emotional attempt to support protests in Venezuela.

We demand three clear points. An end to the usurpation of Maduro in our country, a transitional government and free and transparent elections, which we have long needed.

Guaido’s attempted assumption of power on the day that Venezuelans traditionally take to the streets to celebrate the ousting of dictator General Marcos Perez in 1958 initially mobilized hundreds who gathered at the Venezuelan embassy in Bogota.

But as images from their home country showed massive marches and revolts throughout Venezuela, migrants in Bogota joined their compatriots.

By the time night fell over Bogota, thousands of Venezuelans had gathered in Bogota in the biggest anti-Maduro protest in years.

In response to the decision of President Ivan Duque to join the vast majority of countries in the Americas and recognize Guaido as acting president, protesting Venezuelans chanted “Thank you, Colombia.”

More than one million of Venezuelans have fled their home country over the past years and are estimated to be in Colombia.

Years of political polarization and an economic collapse in Venezuela spurred one of the worst humanitarian crises in the Americas since the peak of Colombia’s armed conflict between 1997 and 2008.

In total, more than two million Venezuelans are believed to have fled to neighboring countries.

As protests in some Venezuelan cities turned violent, the mass gathering in Bogota occurred with no reported incidents.

crisis in VenezuelaVenezuelavenezuelans in colombia