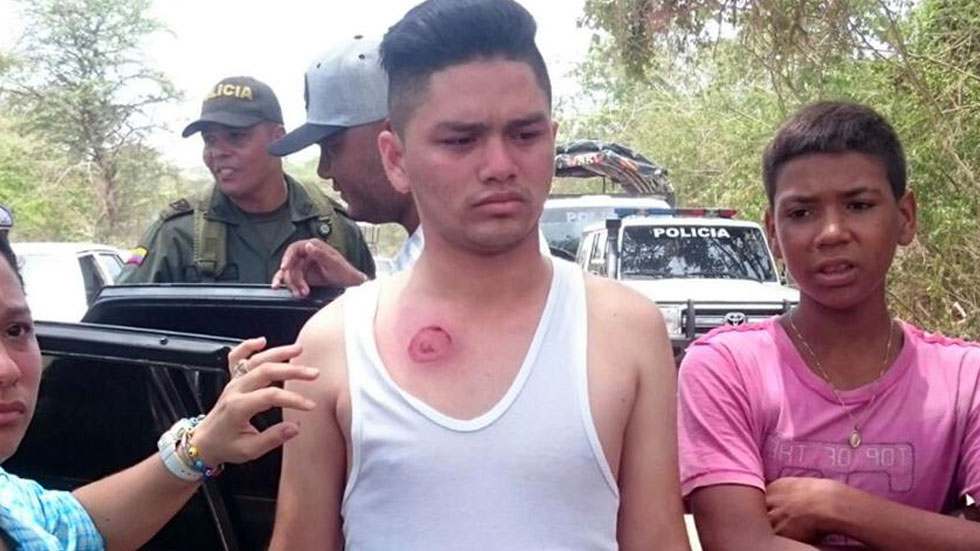 Four members of the Wayuu people in northern Colombia have blamed Venezuelan soldiers of attacking them with tear gas on Colombian soil, further aggravating bilateral tensions.

According to the newspaper, the members of Venezuela’s National Guard entered Colombian territory on Saturday in Paraguachon, a rural area of the municipality of Maicao.

The alleged incursion came amid ongoing tensions between the two neighbors over the Venezuelan government’s decision to sideline the country’s National Assembly and Colombia’s rejection of it.

Earlier this year, a group of Venezuelan soldiers went as far as to set up camp on the Colombian side of the border, claiming the site to be Venezuelan national territory.

According to witnesses, the National Guard officials crossed the border, shot tear gas at locals and robbed them of their cell phones, money and identity papers.

Four men were taken to hospital in Maico to be treated for the injuries caused by the impact of the tear gas grenades.

According to El Tiempo, the incident took place near an informal border crossing used by binational indigenous from both countries.

La Guajira Governor Weildler Guerra told media that “three were injured on the Venezuelan side and one in Paraguachon.”

The governor said some 20 Venezuelan guardsmen spent as much as as 10 minutes patrolling the Colombian hamlet.

La Guajira Police commander Colonel Jose Wilmer Garcia told press that the incident began on Venezuelan territory where the guardsmen tried to rob the indigenous of their belongings “under the pretext of combating contraband.”

Venezuela’s Defense Minister Vladimir Padrino denied the incident, claiming it was a “false positive” on behalf of Colombian authorities.