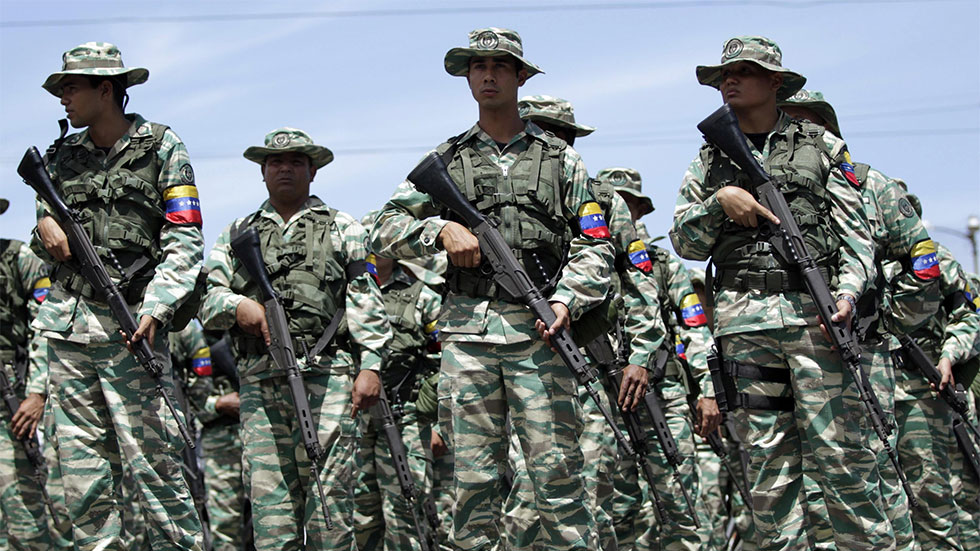 Some 60 members of Venezuela’s armed forces have set up camp across the border with Colombia, the latter’s Foreign Ministry confirmed on Wednesday.

According to both the ministry and locals from the northwestern Arauca province, between 50 and 100 Venezuelan soldiers set up a camp on the wrong side of the border between Sunday and Monday.

Following complaints from the border town of Arauquita, Colombia’s vice-Minister of Foreign Affairs and the border director of the ministry immediately traveled to the remote town to confirm the alleged illegal incursion.

One local told El Tiempo that “since Sunday, the Venezuelan government invaded a number of islands on Colombian territory … and are stationed there.”

The Venezuelan government has yet to publicly respond to the accusations of this year’s second illegal incursion.

The two neighboring countries have diplomatically clashed on numerous occasions, mainly over alleged activity of Colombian paramilitary groups in the neighboring country and Venezuela’s apparent lack of respect for its neighbor’s territorial sovereignty.

Earlier this year, a number of Venezuelan soldiers were arrested after driving into Colombian territory while allegedly chasing a criminal trying to evade capture by crossing the border.

In October last year, Colombian airliner Avianca temporarily suspended flights to Venezuela after one of its aircraft was intercepted by Venezuelan fighter jets.