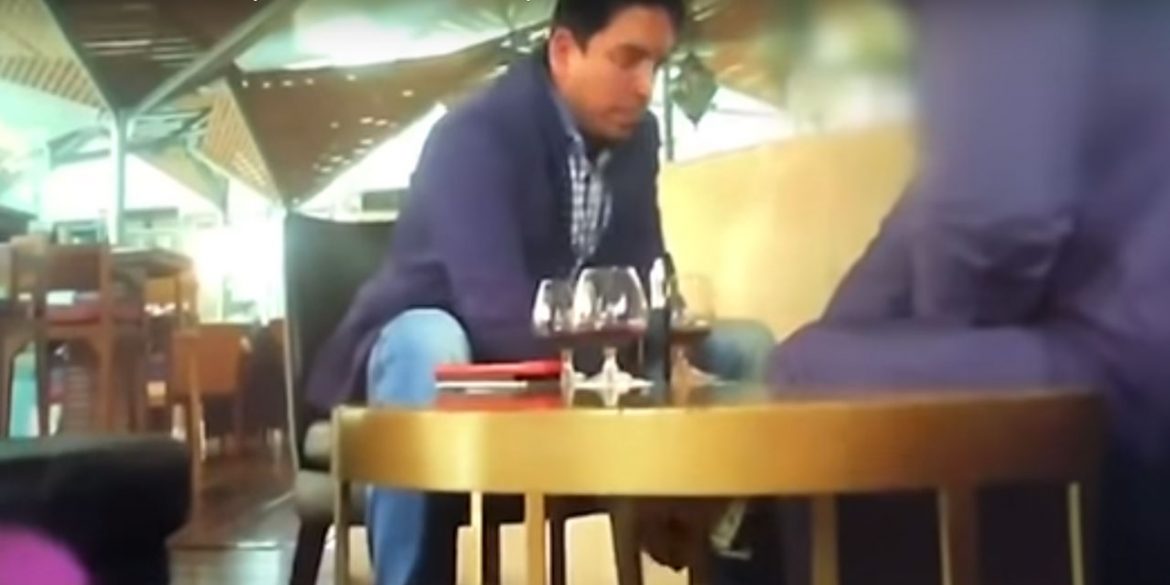 Colombia’s prosecution arrested two politicians and a prosecutor of the war crimes tribunal on bribery charges on Friday, claiming they sought to “influence” the extradition case of an important former rebel leader.

The arrests were announced hours after the United States government said it would not surrender evidence to support its vague claim that the FARC’s long-time ideologue “Jesus Santrich” tried to smuggle drugs after his demobilization in 2017.

The bribery claims and the American government’s refusal to cooperate with the war crimes tribunal are only the latest plot twists in a mystery-ridden extradition process that has devastated Colombia’s peace process.

The prosecution on Friday released a video in which the prosecutor of the investigation unit of the Special Jurisdiction for Peace (JEP) was caught red-handed receiving $40,000 reportedly from undercover agents working with US authorities.

Former Senator Luis Alberto Gil, who helped found the Citizens’ Option (OC) party while in prison for his ties to far-right death squads, was with prosecutor Carlos Bermeo at the time of the alleged bribe and was also arrested.

Other people who were arrested for their alleged complicity are Bermeo’s wife, OC politician Luis Villamizar and a suspect identified as Yamit Prieto, who were accused of receiving another $460,000.

The Prosecutor General’s Office has clashed with the war crimes tribunal several times over its alleged meddling.

The JEP immediately sent out a press release specifying that Bermeo’s investigation unit is independent from the appeals chamber, which is verifying the US claim that Santrich conspired to traffic drugs.

The FARC leader, who has claimed that the US government and the chief prosecutors “framed” him, said in a statement that he didn’t know the prosecutor “and even less former Senator Luis Alberto Gil, of whom everybody knows that he belongs to this country’s right.”

The DEA evidence, or lack thereof

The US government’s refusal to surrender evidence to the war crimes tribunal fuels doubts about the veracity of the claim that Santrich agreed to export drugs in a meeting with an undercover DEA agent.

The Department of Justice (DOJ) reportedly wrote the war crimes tribunal that it wouldn’t support evidence because it has never done so in the past, according to W Radio, which obtained a copy of the letter.

The DOJ also implied that the war crimes tribunal should only verify whether alleged crimes were committed after the signing of a peace deal in November 2016, and not the veracity of the US claims.

In 2007, the DOJ successfully sought the extradition of FARC leader “Simon Trinidad” on drug trafficking charges, but prosecutors were unable to prove these in court. After several attempts, Trinidad was ultimately sentenced to 60 years in prison for belonging to the group that held US military contractors hostage for years.