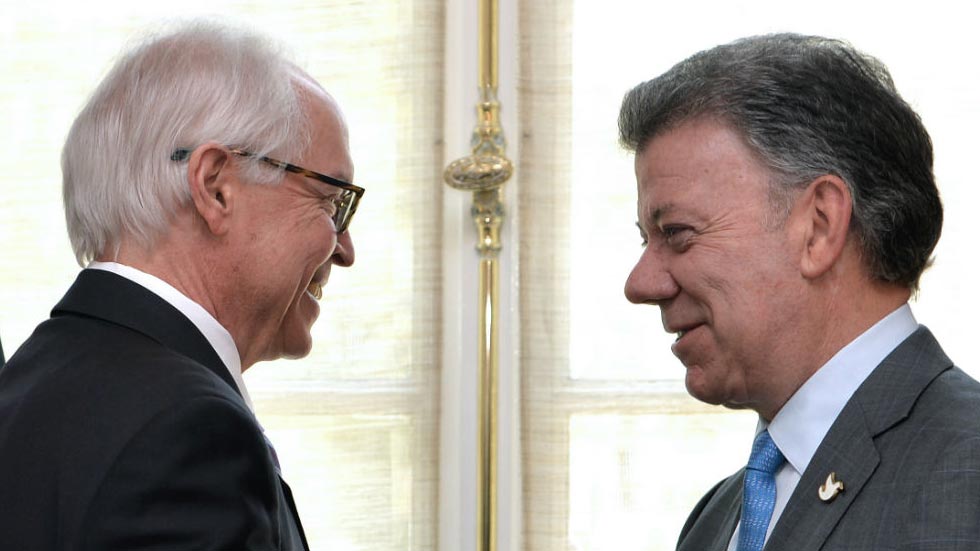 The ceasefire will put an end to more than 52 years of political violence that followed the FARC’s foundation in 1964.

The United States has long supported Colombia, both in military attempts to stop the FARC’s attacks against the state and in the efforts to negotiate peace with Latin America’s oldest rebel group.

US Special Envoy Bernard Aronson, appointed by President Barack Obama in 2015, will take part in the ceremony to formalize the bilateral ceasefire on behalf of the US government.

On behalf of the European Union, Special Envoy Eamon Gilmore from Ireland will take part in the formal ceremony that precedes a final peace accord.

In order to express their support for the reached agreement, the presidents of Chile, Venezuela, Cuba, Costa Rica and El Salvador will be witness of the signing.

The ceremony will begin at 11:30, but can be delayed if one of the international invitees is not able to make it in time.

While controversial in Colombia where millions have been victimized by the conflict, the ceasefire has been celebrated as it puts a definitive end to more than half a century of violence between the FARC and the state.

The FARC has been upholding a unilateral ceasefire since July last year. However, the group was formally still a major target for the military.

The warring parties are expected to sign a formal peace agreement within months. This final deal would include previously agreed political and social reforms, aimed particularly at the countryside where the FARC originates from.