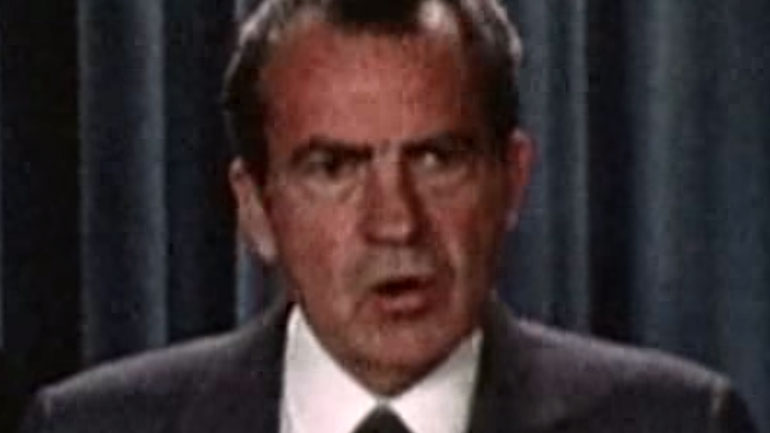 The War on Drugs, kicked off by late US President Richard Nixon has proven to be “a failed and counterproductive strategy,” said the London School of Economics Monday ahead of a UN summit on illegal drugs.

The university prepared a study at the request of Colombia’s President Juan Manuel Santos, who had asked the university for scholarly support ahead of UN General Assembly Special Session later this year in which global counter-narcotics efforts will be evaluated.

After the Drug Wars (PDF)

According to Santos and others who signed off on the foreword of the study, “the post-‘war on drugs’ era has begun. Prohibitionist policies must now take a back seat to the new, comprehensive, people-centered set of universal goals and targets that we know as the Sustainable Development Goals (SDGs).”

The sustainable development goals, defined by the United Nations, that effectively seeks an improvement of socio-economic conditions in Drug War-torn countries in order to reduce their vulnerability to crime.

According to the LSE study, “nation states and the global drug regulatory system must shift to principles of sustainable development that include: public health, harm reduction of consumption and supply, access to essential medicines, and scientific experimentation with strict legal regulation.”

According to the study, the “war on drugs” caused the international community to prioritize prohibitionist policies over sustainable development at a terrible socioeconomic cost.

“Evidence indicates that drug control policies often leave an indelible footprint on sustainable human development processes and outcomes… [and] have fueled the marginalization of people linked with illicit drug use or markets,” from recreational marijuana consumers to coca or poppy farmers.

The study, put together by more than a dozen scholars from the United Kingdom, said countries and international organizations should change priorities to:

Colombia, the world’s biggest cocaine producer in spite of decades of efforts trying to combat the phenomenon, has repeatedly called for a policy shift since 2010 when Santos came into office.

In support of Colombia’s call to the international community, and domestic policy changes that decriminalized the consumption and carrying of small amounts of drugs, the LSE called for imposing strict regulations on drug consumption, rather than its criminalization.

To curb ongoing and extreme violence in drug-producing and transit countries where transnational drug trafficking organizations have wreaked havoc since Nixon, the study proposed to focus on “harm reduction” of drug trafficking rather than a frontal approach.

One form of harm reduction, the report said, is to return to one of the pre-War on Drugs priorities that focused on the socio-economic development of countries vulnerable to drug trafficking.

“Prohibitionist drug policies have frequently been implemented irrespective of development goals. Further, these policies have had little effect in eradicating production or problematic drug use, while exacerbating poverty, impeding sustainable development and threatening the health and human rights of the most marginalised people,” said the report.

The report concluded that “the international community’s great mistake over the past few decades has been to treat drugs as a singular issue, independent of broader socioeconomic determinants. The result has been policies fixating on greater repression on the demand or supply side as a means to eradicate the problem, with occasional funding for ineffectual ‘alternative development’ programs as a ‘softer’ approach.”

The authors of the report urge the upcoming UN summit “to move beyond shorttermist approaches that target symptoms rather than causes. Going forward, drug policy should not be seen as a supply reduction, demand reduction or alternative development issue. It is, first and foremost, a sustainable development issue.”