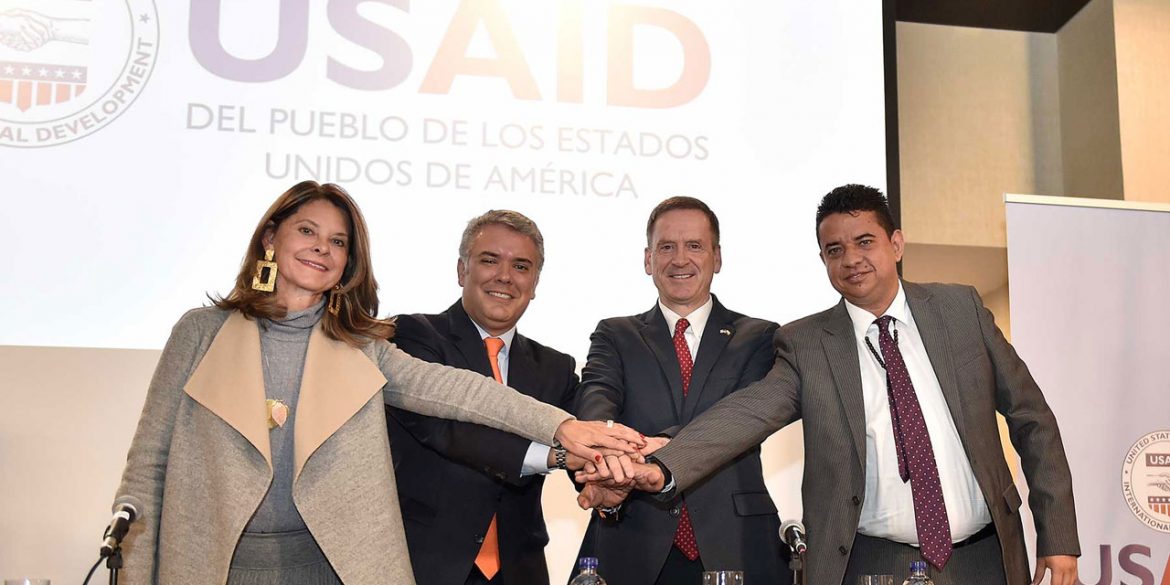 US invests an extra $160 million in Colombia’s peace process

The United States government announced on Monday it will invest another $160 million in Colombia’s ongoing peace process.

These funds are destined for important work, for the implementation of peace, to promote reconciliation, to help rural communities, to improve security for citizens and to strengthen the protection of human rights.

The funds were announced alongside a binational agreement in which the US agreed to invest $754 million in development projects and just days after Ambassador Kevin Whitaker allegedly threatened cuts in aid funds.

President Ivan Duque said the funds for the peace process would primarily be put towards labor projects for former FARC fighters, many of whom still depend on government food supplies since they laid down there weapons three years ago.

Duque and US government officials also signed a joint statement to finalize the Mass Land Formalization and Cadastre pilot in Ovejas, Sucre.

Through this program, 2,900 landless farmers will receive land titles in a municipality where six out of 10 properties do not have title deeds to the land. The pilot is designed to rapidly clarify property rights, one of the principal causes of conflict while strengthening infrastructure and state presence in rural communities.

The new deals come at a time of high tensions between the two countries, after Whitaker’s threats to cut off aid and Constitutional Court judges saw their visas revoked amid a dispute over the extradition of war criminals.

To further complicate the bilateral relations, US President Donald Trump criticized his Colombian counterpart, claiming Duque “has done nothing” to curb an unprecedented rise in the cultivation of coca, the base ingredient for cocaine.

According to Colombia’s foreign minister, coca cultivation reached a record high in 2018 when 206,000 hectares of farmland were used to grow the illicit crop.