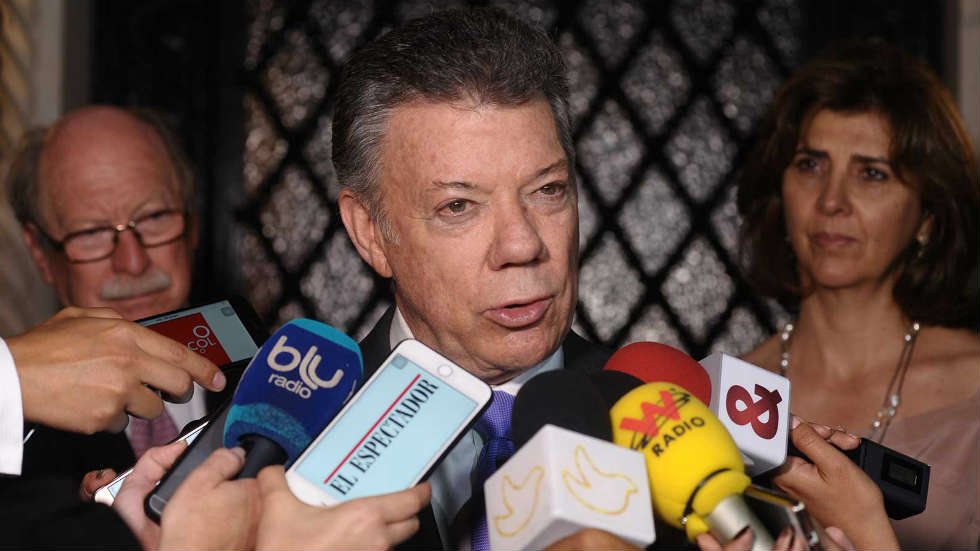 Trump criticized Colombia last week, surprisingly claiming he had “seriously considered” to decertify the country as an ally in international counter narcotics efforts.

Santos has been calling to rethink the US-led war on drugs for more than five years and teamed up with the United Nations last year to tackle the cultivation of coca, the base ingredient of cocaine.

The Colombian president and his counterparts from Brazil, Panama and Peru on Monday had a meeting with Trump to discuss an ongoing crisis in Venezuela.

After that informal summit, Santos told press in New York City, he had a private meeting with the top official.

He is fully aware of the efforts we have been making, understands perfectly that our strategy is a correct strategy and that what we are doing is in our own interest, because it is a national security problem for Colombians, not because anybody imposes it.

Santos’ again stressed the responsibility of the US, the world’s largest consumption market of cocaine, to curb consumption that would drive incentives to produce the drug.

Colombia’s new strategy, which includes a crop substitution and rural development program, has received the support from the US government, with the exception of Trump and Assistant Secretary of State William Brownfield, a former ambassador to Bogota.

Facing this apparent division within the US government, Santos seemed defiant to defend his administrations’ efforts to defend his country’s counter-narcotics policy against criticism.

We are doing our part as a sovereign country, as we have done for the last 40 years.

Trump’s surprise threat was not received well in Colombia, traditionally one of the US’ staunchest allies in the hemisphere.